This “capsule train” concept will give each person their own little train compartment fiefdom to rule on their way to work. Their are individual capsules that fit one person, or larger 4-person capsules. 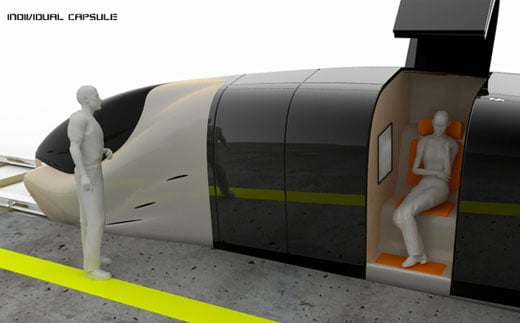 The concept was designed by Hamit Kanuni Kuralkan from Melbourne, Australia. There’s no word as to whether or not this thing will ever get made. 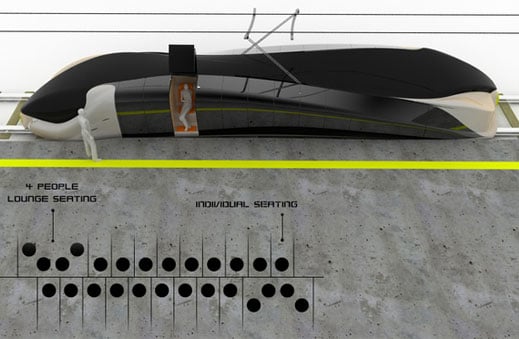 Check out this video for a 360 degree view, which maddeningly only shows the outside of this concept train (which I deem to be pretty much super lame because the whole capsule thing is all about the inside of the train.)

While I appreciate innovation, it looks pretty claustrophobic to me, and could only be viable for shorter journeys since obviously you wouldn’t be able to get to the bathroom or the snack car. And who doesn’t love an early morning power breakfast of Cheetos and weak coffee from the snack car?