This is a pretty sweet autonomous robot that employs pencil erasers as bumpers. It’s called No. 2, Champion Autonomous Mini-Sumo Robot (a name that just rolls off the tongue, no?) 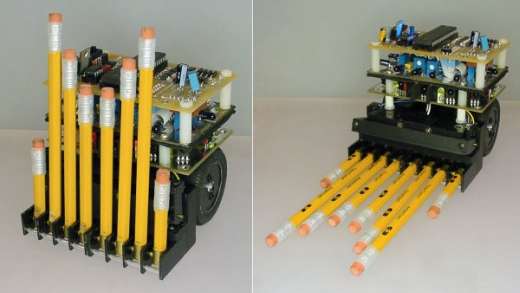 It was made by David Cook (not the American Idol winner, though, it’s a different David Cook.) The process of making this bot is detailed, and I do mean detailed, on his website Robot Room. 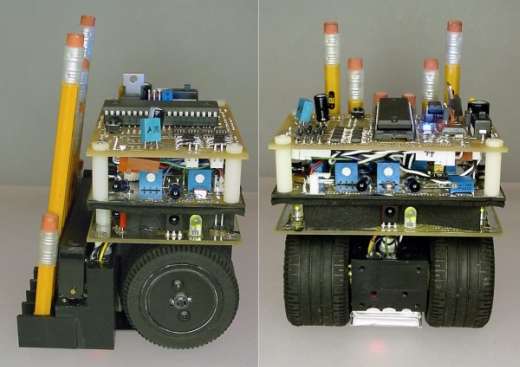 Of course, the sadist in me wants to flip those pencils around and sharpen them to a point to make it a more stabby robot, but that would be more offensive than defensive, I suppose.