Rock Out Your Birthday With This Guitar Hero Cake

This fabulously rendered Guitar Hero cake is sure to rock out any birthday event. 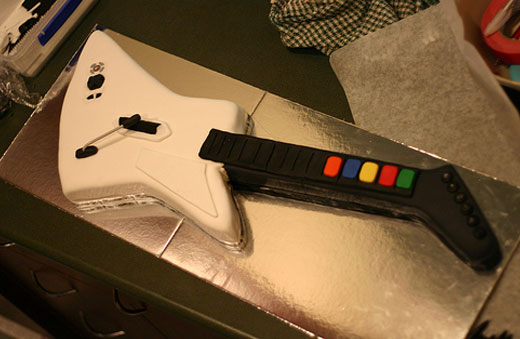 There is a detailed and often hilarious tutorial on I’m Not Charming that tells you exactly how to make it, with pictures of each step of the process. Note that several of the steps include marveling at one’s own mastery, drinking wine, and taking naps. 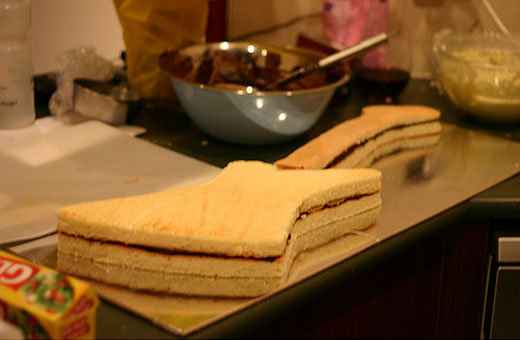 She made the cake for her boyfriend’s birthday, and upon seeing it, he proposed. Ladies, take note. Spending 2 days making a game controller cake could pay off in unexpected ways! 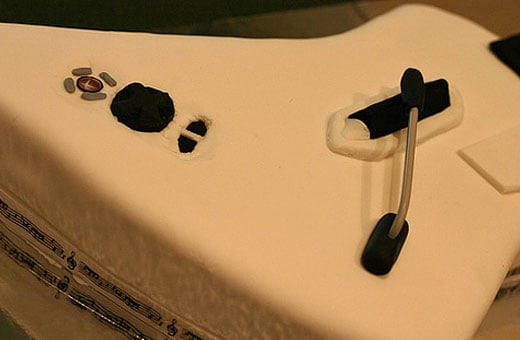 It turns out a lot of people have attempted this feat with varying degrees of success, but this one takes the cake. (Ha! Takes the cake. I’m so clever.) And may I also suggest that if you’re making this cake for a special birthday, then you should definitely pick up one of these Guitar Hero neckties for the gift.