I was cruising the Internets today and came across an incredibly rich roundup of robots and robot figures from the 1950s. As a robotophile, I was surprised and excited to see several bots that had been previously unknown to me! 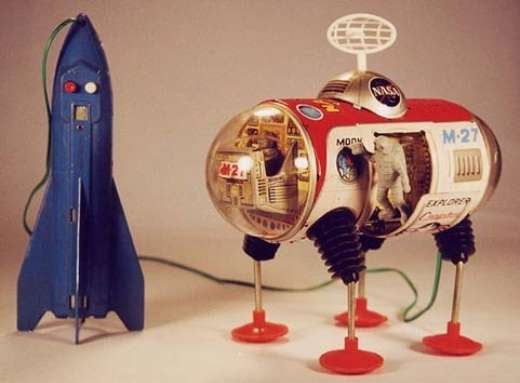 Among my personal favorites are the bot above, which although NASA-branded looks like it’s made out of a beer can, and the bot below, which contains a hidden cigarette lighter. It looks a bit like a cross between one of those metal mallets you use to pound meat and Ivan Drago from Rocky IV. 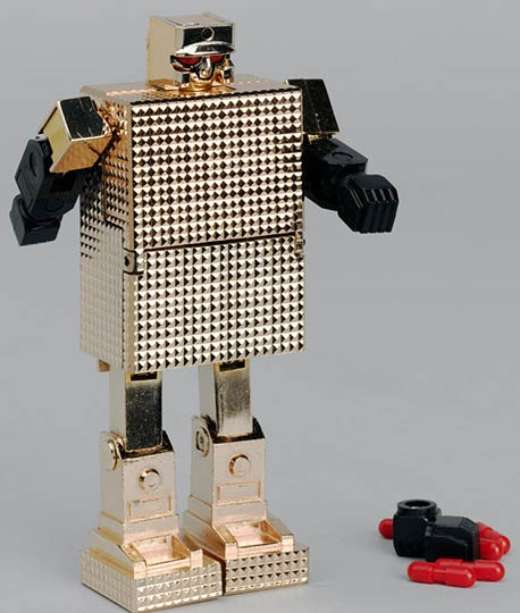 As well, they include these Japanese creations, one of which is an awesomely freaky-looking spiderbot. I wouldn’t want to run into that thing in a dark alley. 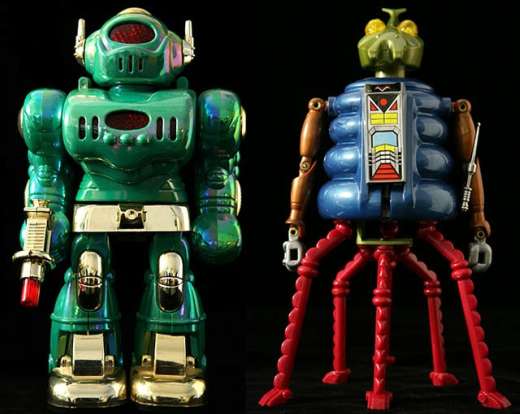 Still, even though these have great kitsch value, our robot-making skills have come a long way, baby. Meaning, now we can make ones that actually do stuff. If only modern robot makers would find a way to combine 1950s form with 2008 functionality. Sigh.

You can see pictures of a whole bunch more cool 1950s robots at Dark Roasted Blend.