For those of you unfamiliar with the concept of augmented reality (AR), the technology is designed to superimpose 3D computer graphics with real world imagery in real time. While there are readily available open source tools to allow desktop computer users to create their own AR videos, I’m happy to report that there’s a self-contained version coming to the iPhone. 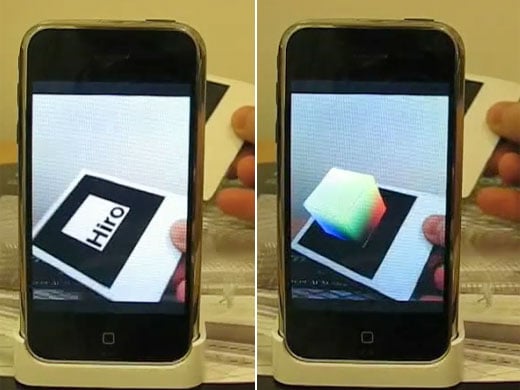 ARToolKit v4.4 will be the first fully-featrured AR framework to support native operation on the iPhone, letting you create applications which sample real world imagery through the iPhone camera and embellish them with 3D digital objects. The software is also integrated with the iPhone’s accelerometer, so it can automatically detect movements from the phone, and impose those movements on the 3D images instantaneously. 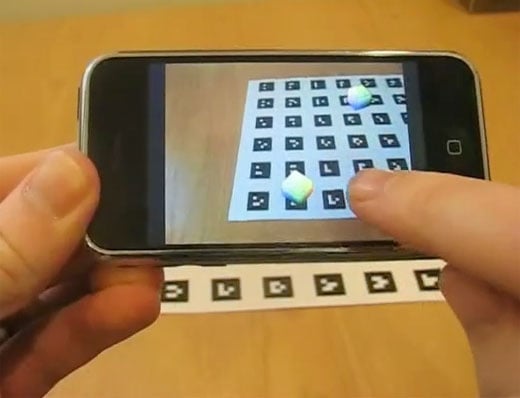 The software also includes the ability to track multiple points simultaneously, and even place new objects in the virtual world using the iPhone’s multi-touch interface. Check out the video below to see an early build in action:

At this point, the toolkit is in Alpha, so it’s only able to output at about 10 frames per second. I’m sure, however, that there will be plenty of optimization to get things running at faster speeds before it’s released. For more information on ARToolKit for the iPhone, head on over to ARToolWorks.