Check out this excellent casemod which is so neat and tidy that you wouldn’t think that it’s anything but an old 8-bit Nintendo Entertainment System. But hidden beneath the hood of this inconspicuous looking NES is a fully-functional Windows PC, loaded up with emulators for playing games from other consoles. 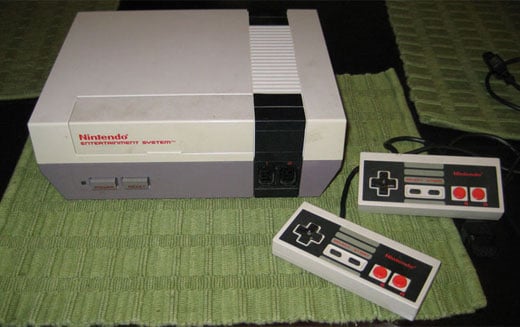 Imaging hooking up this plain-Jane NES to your television, turning it on for your friends, and starting to play games from not only the NES, but from the SNES, N64 and other retro consoles with a flick of the joypad. That’s exactly what modder cbutters managed to do when he gutted this old NES and stuffed it with the brains of a modern PC. The system runs on an Intel mini-ITX mobo, which is plenty powerful to run retro game emulators at optimal speeds. 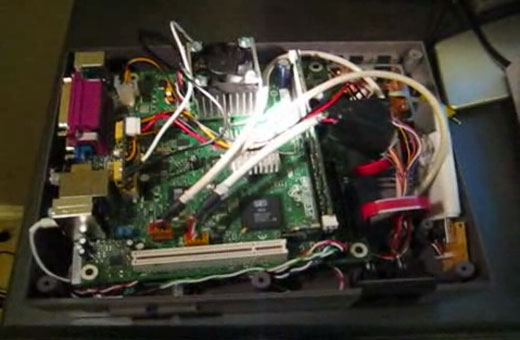 Even the old NES controller ports have been rewired to work via the PC’s USB system. The modded console hides a four-port USB hub that snaps neatly into the original NES expansion port on the bottom, allowing a variety of non-NES controllers to be connected with ease. And to really keep the retro feel, the console can only connect via composite video, preserving that old-school blurry image quality that’ll some older games relied on to conceal their graphical flaws. See the system in action in the video clip below:

To see exactly how cbutters managed to get the system inside the NES without nary a hint from the outside, check out the build log over on Exoid.