I don’t care how much I have to buff my oily prints off of this chrome joypad. I want one. I can’t believe in all of the years that game controllers have been made that nobody has thought to make one before. And yes, this one isn’t some cheap plastic masquerading as chrome. It’s actually made from metal. 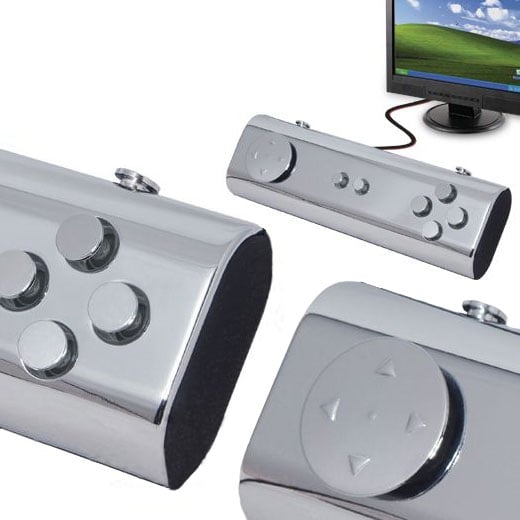 This polished chrome joypad comes to us courtesy of China’s Dream Cheeky, makers of all sorts of fun USB gadgets and gizmos. The shiny metal controller features an 8-way directional pad, four game buttons, start/select buttons and shoulder triggers. The back of the controller is covered with rubber, giving you a better grip than if the entire thing were slippery metal.

It plugs into the USB port on any PC (there’s conflicting info on Mac compatibility), and offers shiny gaming goodness for your computer games. They’ve also got a nifty chrome USB hub, if you don’t have a spare port to plug this thing into. Now all I need is a version that’ll work with my PS3 or Xbox 360 and I’ll be really happy.

No word yet on pricing or where you can pick one of these shiny things up, but while you’re waiting, check out the other cool stuff over on the Dream Cheeky website.