Play a Tilty Game of Snake on a Monome

Do you remember the oh-so-low-low-tech game Snake? Now it can be played on a monome with an accelerometer. You don’t even need a controller, since the tilting motion is all you need to control the snake’s movements.

Check out the video here, which demonstrates how intuitive the game becomes when all you have to do is tilt the board to make the snake slither and slide around the pixelated board.

In case you’ve never heard of a monome, it’s a device that has a grid of backlit buttons that can be used for a variety of things, including games. They don’t make a whole lot of them, but you can check availability and try to convince them to make more at the monome website. 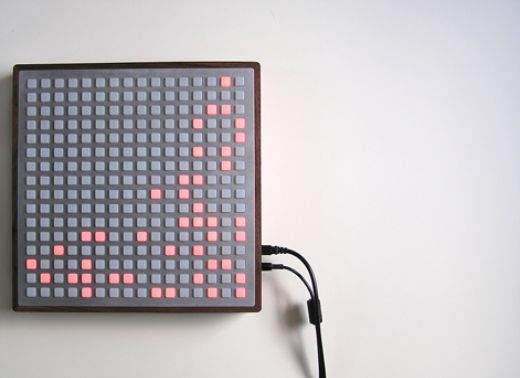 Even with the fancy device, though, this game doesn’t seem all that action-packed. And yet, on the faster levels, I’ve been known to blow through large chunks of time playing Snake on my cell phone without being able to stop…