Dock Your Mp3 in Beethoven’S Head

This speaker, called Ode to Beethoven, lets you to dock your mp3 player in a stone bust of Beethoven’s head. 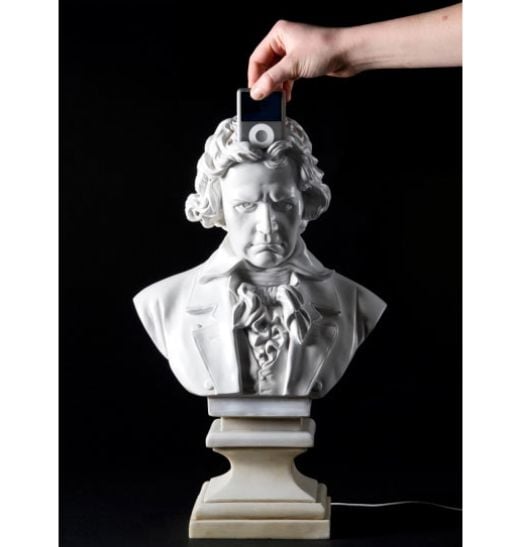 Ode to Beethoven was designed by UK artist Fiona Thomson. It’s part of a series of projects that combine classic artistic aesthetics with modern technology. 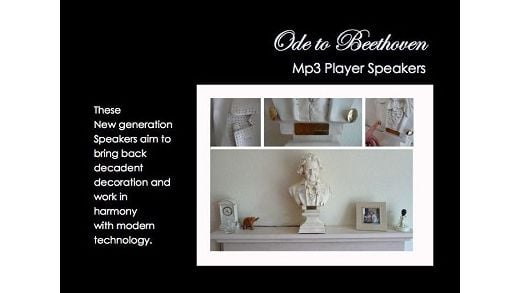 Unfortunately at this point it’s still just a concept. Which is too bad, because I think it would be really funny to crank some eurotrash techno or gangsta rap out of Beethoven’s noggin.