5-Face Watch Knows the Time No Matter Where You Are

I was looking for a gift at Diesel and came across these sweet new (albeit behemoth) watches that have not one, not two, but FIVE faces to handle your different time zones.They’ve got a spot for LA, NY, London, Paris, and Tokyo. 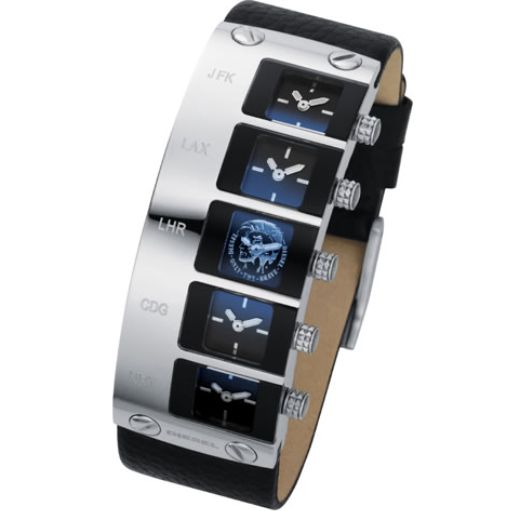 While I applaud this concept, I have two concerns which I must raise. The first concern is for those people whose travel lives are not so banally predictable as to include only these five cities. Hello, DUBAI anyone? I mean, that’s where all the serious ballers hang out now. Bangalore? Shanghai? Reykjavik, even? Luckily Diesel is offering a smaller watch of the same ilk that forgoes the pre-ordained time zones in favor of making you memorize which face corresponds to which town. (I suggest you come up with a mnemonic device.) 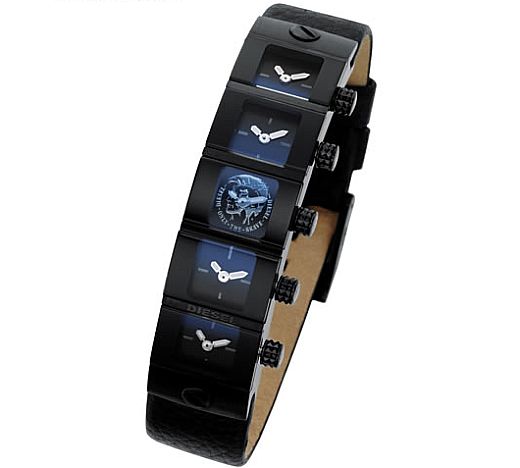 The second concern is that this watch is either ridiculously large or that the faces are ridiculously small, just because of the fact that there are so damn many of ’em. But if you’re a big burly dude with 20/20 vision, it might work for you.