Touch Grind is a new game for the iPhone and iPod Touch that uses the media player’s multitouch interface to let your fingers do a little skateboarding. 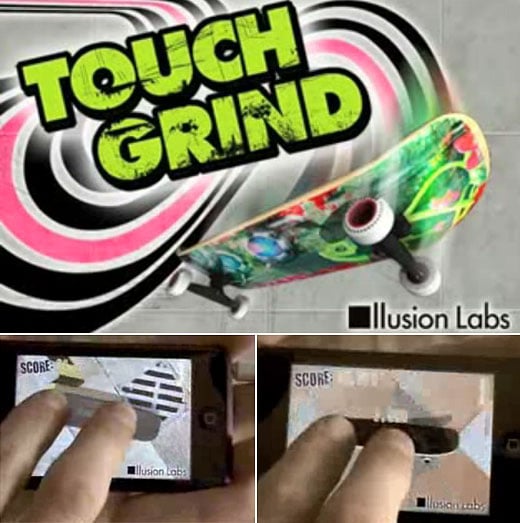 Gameplay takes place in an unusual top-down view. You control the game by placing two fingertips onto the skateboard’s surface and flicking the board around to do tricks. Sounds weird, right? Just imagine your two fingers as tiny little legs (dangling from the torso of a teensy little Tony Hawk) standing on the surface of the skateboard, and it starts to make a lot more sense. To see the game in action, check out this video clip:

Now if only I could get that awful, generic video game guitar rock out of my head. Eeesh. Hopefully that won’t make the final cut. Anyhow… The game is being built on a 3D physics engine which gives you the freedom to create your own tricks with a flick of your fingertips. Touch Grind will also feature an online level editor, which will allow community members to create and share their own skate parks. 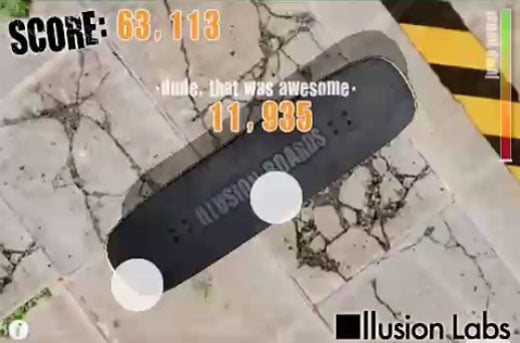 The game’s maker, Sweden’s Illusion Labs (the same guys who brought us the superfluous iPint beer simulator) claims to be the first game to take full advantage of the system’s multitouch screen. While I’m not sure of the accuracy of that claim, it does look like a quirky little game, and should be worth checking out when it hits the iTunes App Store this October.