Lightsabers for the Eco-Conscious Jedi

Just because your primary weapon is a lightsaber, young Jedi, doesn’t mean that you have to be an energy hog when you’re fighting back throngs of Stoormtroopers. 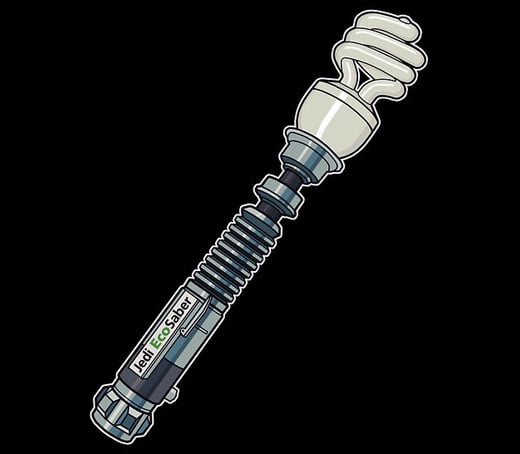 This amusing t-shirt from Ruby Red Design envisions an EnergyStar compliant galaxy far, far away. Rather than burning a wasteful powerful plasma beam, the Jedi EcoSaber operates on a high-efficiency compact fluorescent bulb instead. 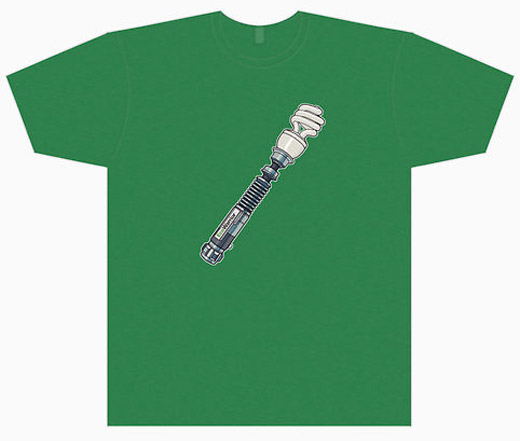 Sure, you might not have enough energy to slice Sith Lords in half with one of these, but you sure could give ’em a bad case of mercury poisoning if you smash the bulb over their heads. Or maybe you can just dodge Darth Vader until he goes broke paying his electric bill – which no doubt bankrupt him long before you.

If you’ve been looking for a new t-shirt for your ironic hipster-doofus wardrobe, head on over to online art marketplace RedBubble and order yours today.