These Encoder Rings are decorated with holes that represent a 64-character code rendered in binary. This is your big chance to wear sensitive data on your finger, since only geeks with great eyesight would ever have a chance of figuring out what was on there. 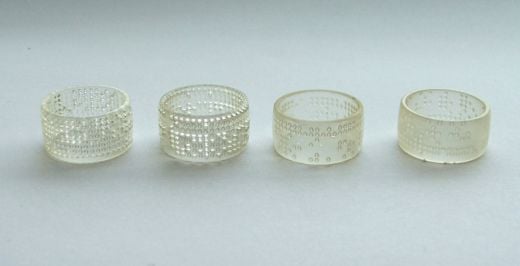 The rings are a concept piece designed by Jonathan Ben-Tovim. You can see more of his work on his website. He imagines people could make up their own messages and then the rings could be made with rapid-prototyping technology. 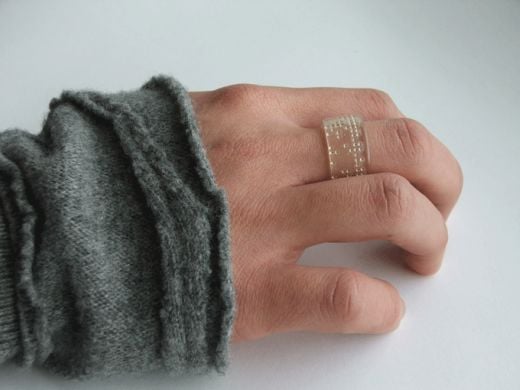 Ben-Tovin doesn’t mention what the rings are made of, but they look crazy futuristic. Also, like they would make your finger sweaty. Nevertheless, these are way cooler than those decoder rings that used to come in the Fruity Pebbles box… those were totally over-hyped, seriously.