The Retro Cube Stereo Speaker and Mood Light, in theory, brings the latest in LED and rhyhmic technology to an old familiar shape. In reality, however, it’s more like an unholy marriage between a Rubik’s Cube and the Saturday Night Fever dance floor. 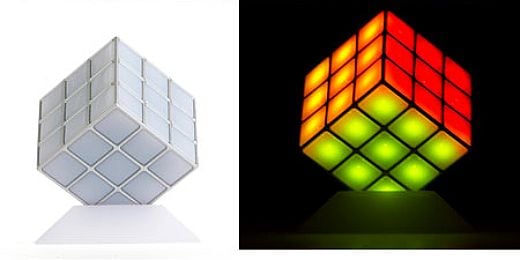 This is a speaker that flashes its LEDs in time with your music, and looks like a fake Rubik’s Cube on a stand. It might look OK during certain (ahem) types of parties, but really, you can’t leave it out all the time, and who has the storage space?

This item can be yours from Perpetual Kid for the utterly insulting and ridiculous price of $49.99, which is about $47.99 more than I would guess it’s worth.