Unlike a real race car, you really don’t want to see this one hit the wall and blow up in a fiery crash. That’s because this one could be holding all of your precious digital files. 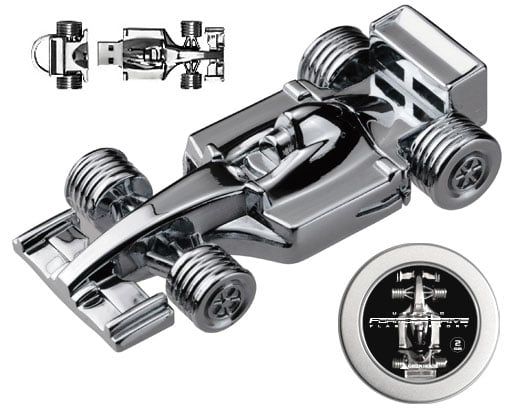 This 2GB USB memory stick is based (loosely) on on the body of a Formula One race car. Of course a real F1 car isn’t all shiny and silver like this one (but wouldn’t it be cool if they were?) Just pop the rear end off the car to reveal a USB connector.

At this point, you’ll have to admire this little car from afar. It’s currently only available in Japan. If you care to brush up on your Katakana, head on over to Green House to find out more.