Some people have way more time on their hands than I. Take for instance this guy, who painstakingly created this Star Wars scene using nothing but a crapload of LEGO bricks. 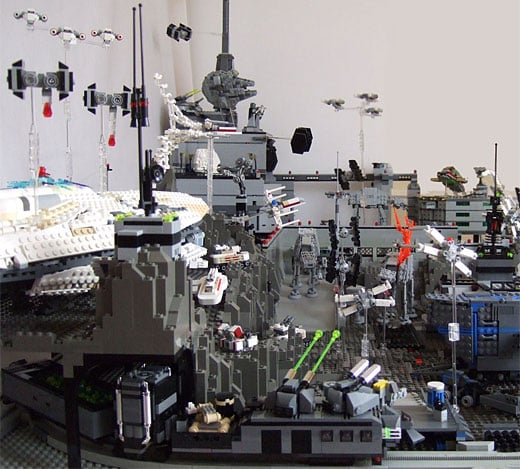 Tim Goddard (aka Roguebantha) created this amazingly detailed scene he calls “Rebel Attack”. The diorama envisions Rebel forces descending on a base known as “Mustaneer” and kicking some serious Imperial ass. 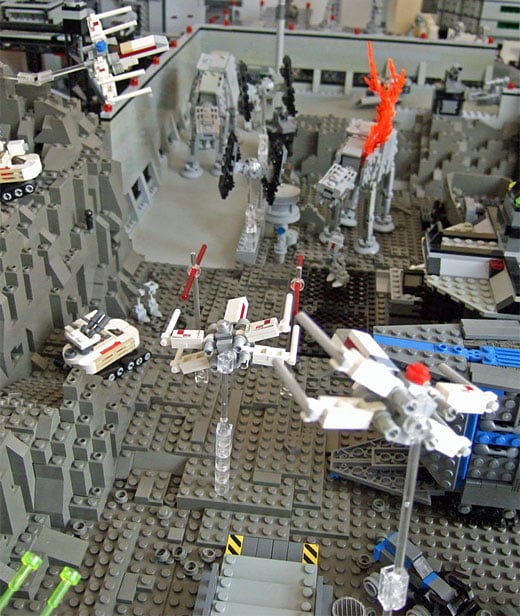 The display took about a year to put together, and measures about 30 by 50 inches, which works out to about 1:200th scale from actual size (assuming these things actually did exist). 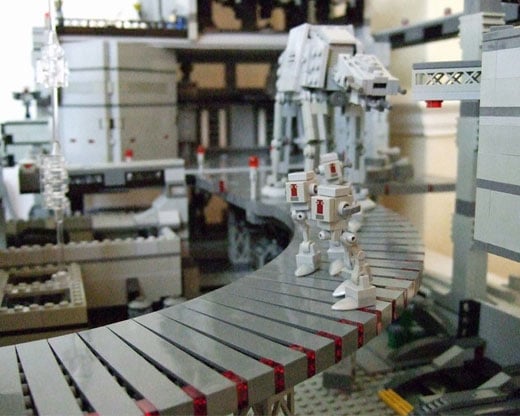 I dare you to name all of the vehicles and weapons recreated in the scene. 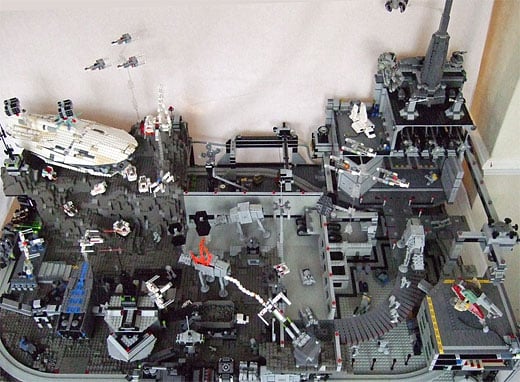 You can check out Roguebantha’s complete photoset over on Flickr.