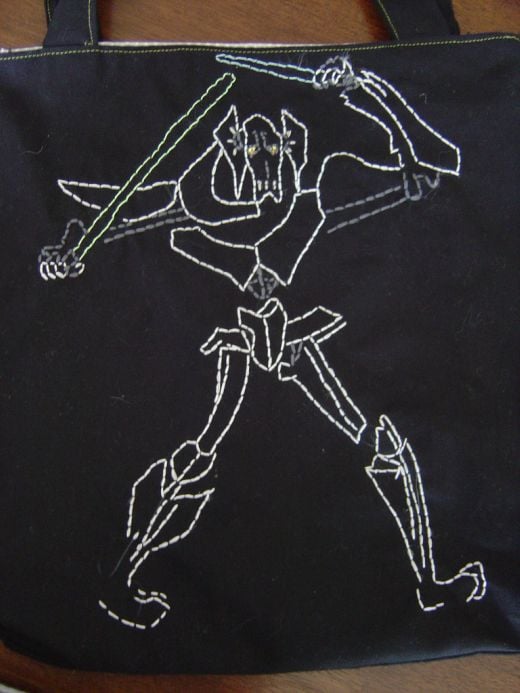 I don’t know that much about it, just that Flickr user woundupladybug is the master behind this creation. She says she made it for her son after he expressed his extreme affection for Clone Wars. It’s stitched with glow-in-the-dark thread for extra nighttime niftiness. 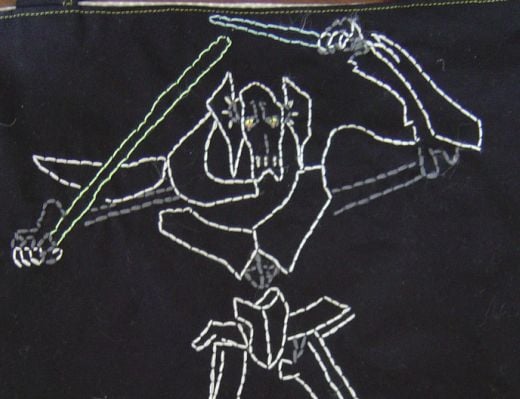 Oh. 1 more thing. Also, I can tell you that it’s AWESOME. That’s a definite.