Space Invaders Get Their Own Invaderlicious Chewing Gum

Gotta love them Space Invaders. They’ve had their little alien faces plastered on everything from bendy computer keyboards to delicious cupcakes to boxer shorts. Now it seems that they’ve even got their own chewing gum. 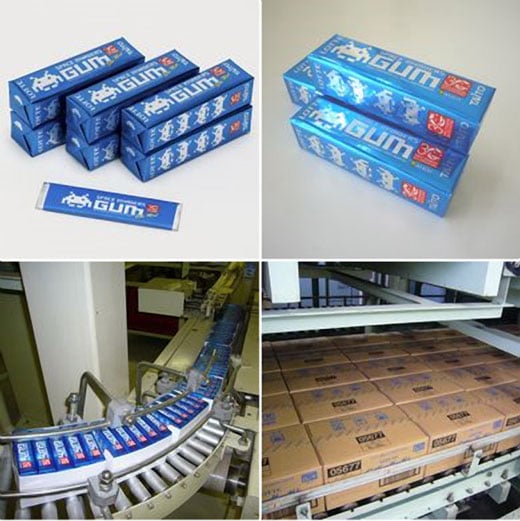 Japan’s LOTTE candy company recently partnered up with Taito to create a commemorative Space Invaders gum as part of the game’s 30th anniversary celebration. Other than the grainy product and assembly line photos above, I haven’t been able to find out anything else about this chewy treat.

What flavor is a Space Invader anyhow? I’m thinking maybe some sort of lime, since they’re probably filled with green space goo. What do you guys think?