LOOKING FOR THE NEW XBOX 360 SLIM? CHECK IT OUT HERE!

While the original Xbox is nary a memory in most of our minds, it’s still a popular console for hacking together media centers and other homebrew apps. But the old black behemoth of a case sure needs an update. So when I saw this custom Xbox build out, I thought to myself, “that’s just what the doctor ordered”. 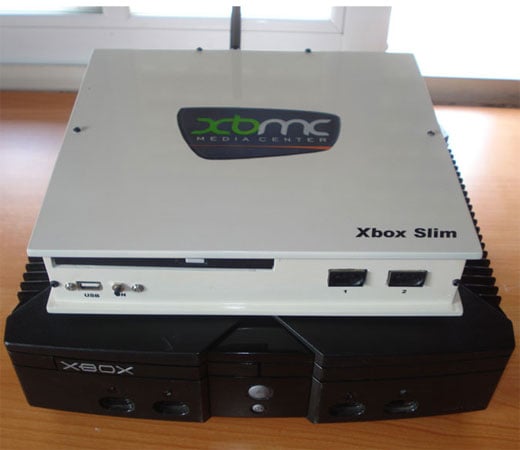 Modder Coca627 refactored his original Xbox into what he’s coined the “Xbox Slim”, a lean, mean fighting machine, amped up to the max. 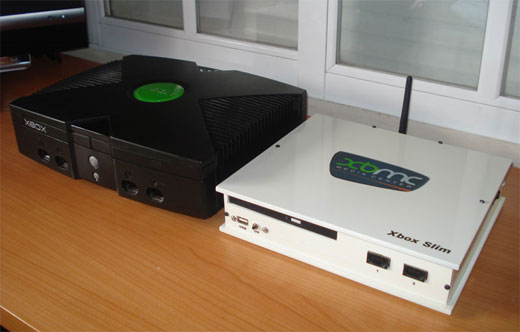 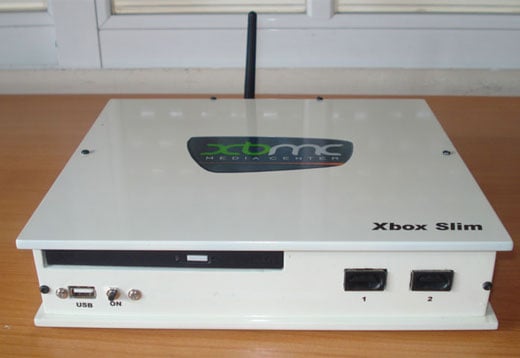 The Xbox Slim is decked out with a brand spaking new DVD/CD-R slim combo drive, and loaded up with a 2.5″ 60GB hard drive for storage, and built-in Wi-Fi networking. Coca even managed to integrate a hidden receiver for his Logitech wireless controller. 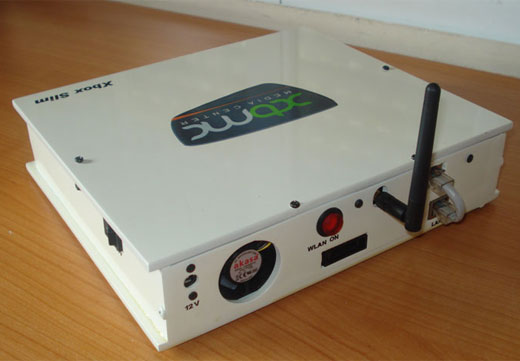 Under the hood, the system managed to slim down thanks to improved cooling, courtesy of a pair of heavy duty Iceberg4 Pro Chip Cooling fans. 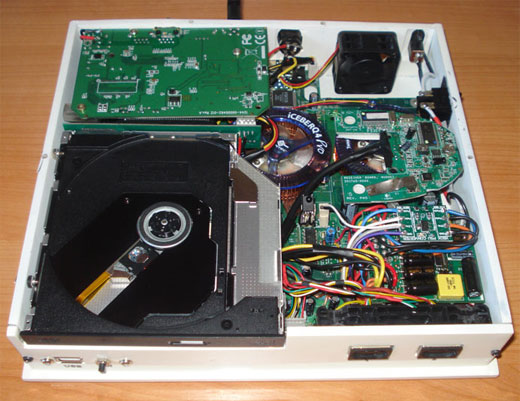 The system is modded to run a wide variety of nifty applications including the XBMC media center dashboard and emulators for SNES, Sega Megadrive, NeoGeo and more.