The Force is sure to help your game with these bowling balls featuring the likeness of iconic Star Wars characters. 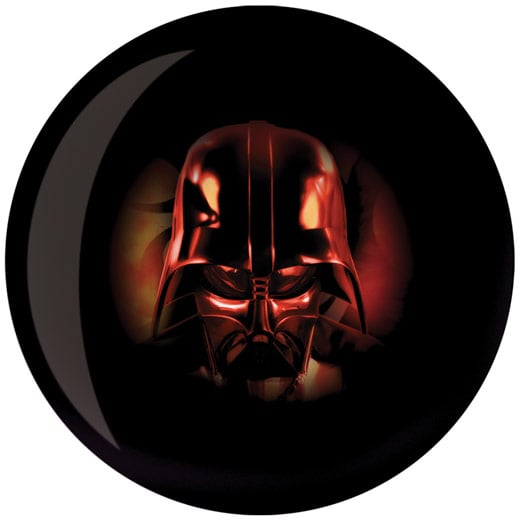 Whether you’re Jedi or Sith, there’s a ball for you. While I think it would be fun to show up to league with Darth Vader bowling bag, you might prefer the grimacing visage of Jedi Master Yoda. 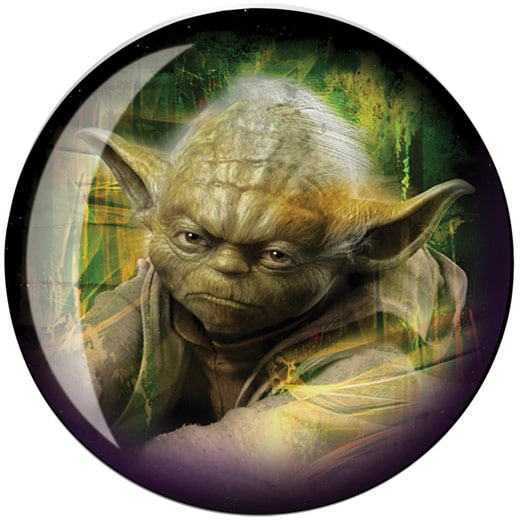 Or maybe you can’t decide which side you’re on, and would rather go for the showdown between Anakin and Obi-Wan. 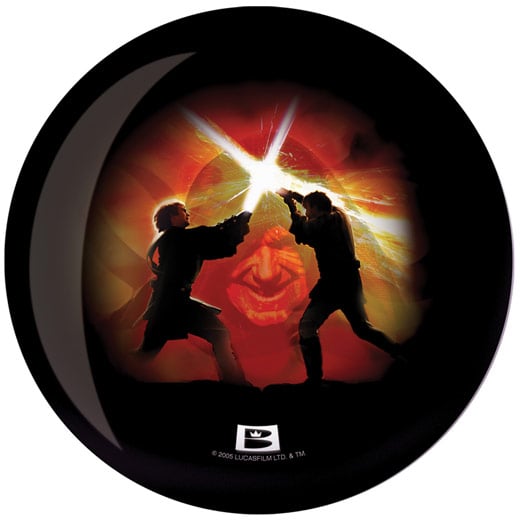 Brunswick makes these officially licensed Star Wars bowling balls under their Viz-a-Ball brand, which features limited edition graphics ranging from Scooby Doo to the Three Stooges to the Clone Troopers heading off into battle. 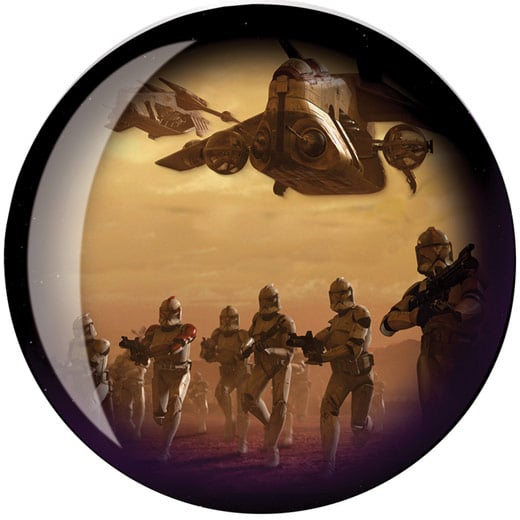 There are also balls featuring C-3PO, Darth Maul, Boba Fett, Leia and Amadala among others. Han Solo and Chewie fans are out of luck, though. Personally, I wish they did one where the whole ball was painted like the Death Star. 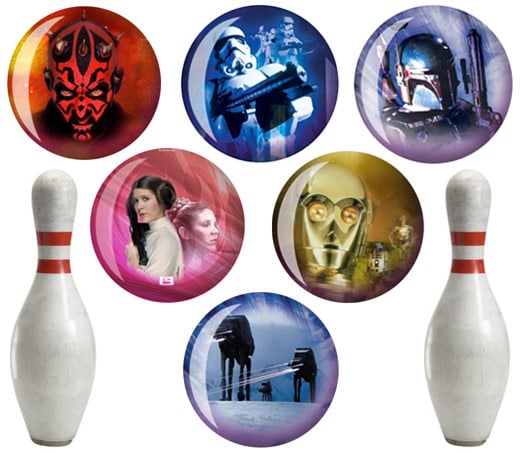 Of course, if you were a REAL Jedi, you’d just use your Force Push to knock all the pins down with a wave of your hand.