I love my PS3, and I love a good game of Tetris, but unlike Oscar the Grouch, I don’t know if I can say that I love trash. Still, this offbeat new game in the works combines all three into a single, juicy delicious morsel of gaming that could be the most addictive garbage collection game this side of Katamari Damacy. 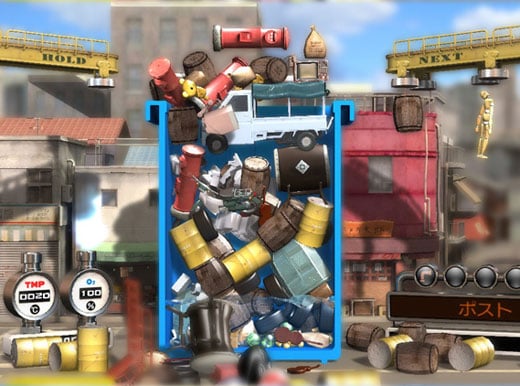 Spotted at the recent 2008 Tokyo Game Show, Gomibako is best described as “Tetris with Trash”. But it’s not just another rehash of the classic block-stacking puzzle format. Nope. Instead of dropping blocks, you’ve got to carefully arrange piles of (difficult to stack) falling debris in order to clear the board. 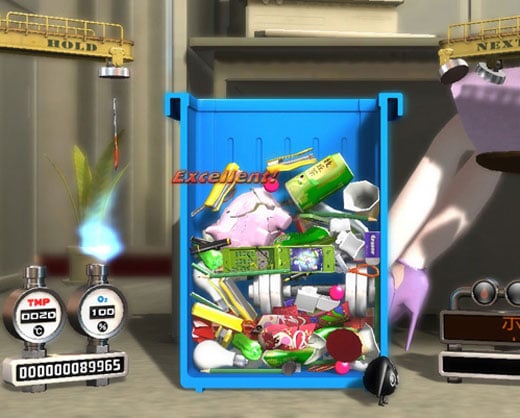 In addition to some beautiful graphics, the best part of the game is its amazing physics model. Every object in the game is completely 3-dimensional and has life-like properties. This makes the gameplay so much more dynamic than the classic colored block puzzle games of yore. 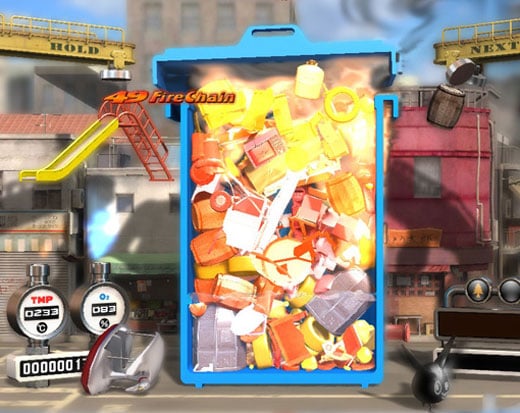 Items can crush each other, and you have to think quick to grab heavier objects to smash more fragile objects before the trash bin fills up. Items can be bent, broken, get wet and even catch fire and burn. Cool. To check out some actual gameplay footage, check out the 1up video clip below:

Gomibako is expected to be a downloadable game on the PlayStation Network, so you won’t even have to head to the store to get your hands on it when it comes out. No word yet on a release date (or if it’s even slated for North America). I’ve certainly got my fingers crossed for this one.

[via PS3 Maven and Blu-Ray Forum]