R/C Boxing Robots Offer Up a Technical Knock Out

These little toy robot kits from Japan do one thing and one thing only. They beat the crap out of each other. 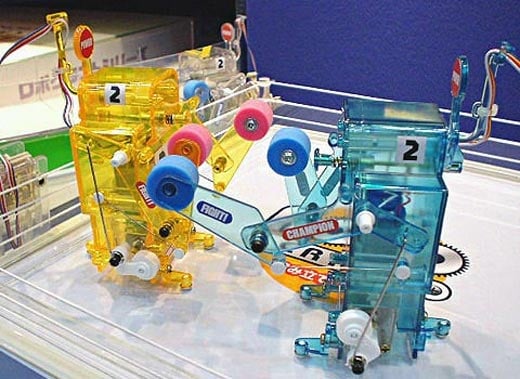 Tamiya’s Robocraft boxing robots come in a kit that’s easy enough to assemble if you know your way around a screwdriver. 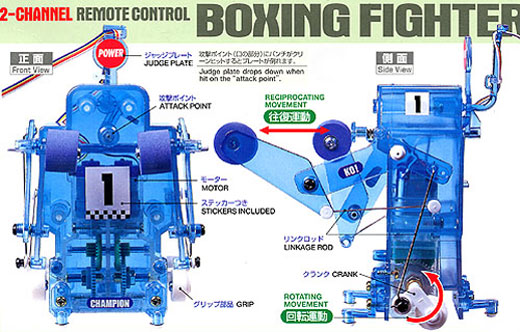 Each robotic boxer operates on a wired remote, which lets you control each of two gearboxes which drive the robot’s punches and movements. The same gears drive the punching action and forward/backward movement, making them a bit wobbly and unpredictable – both excellent traits for a boxer. Just as Mickey Rourke. 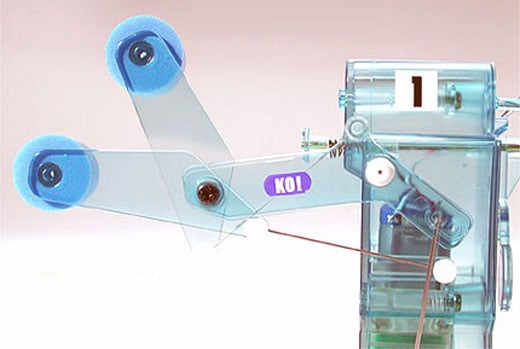 Pow, right in the kisser!

They’re sorta like a modern-day version of Rock ‘Em Sock ‘Em Robots, no?

Tamiya USA sells individual blue boxing ‘bots (along with a little punching bag) for $37 USD, and pairs (in colorful pink and yellow so you can tell ’em apart) for $67 USD.