Looks like Mario has given up his bid for the White House, and officially conceded the race to Super Obama. 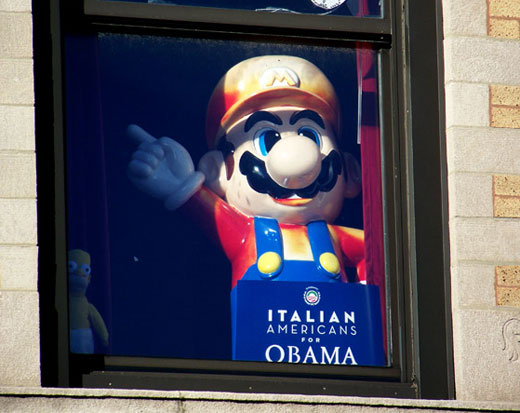 Like many among him, Mario is looking for change in the Mushroom Kingdom. No longer will he be led blindly into battle to “bring democracy” to the Koopas, nor will he stand for citizens resorting to eating mysterious mushrooms in lieu of a decent healthcare system. But what really pushed him past the brink was watching the value of his portfolio of gold coins crumble under the leadership of King Bowser.

Remember, next Tuesday to vote early and vote often.

[A big shout out to Gigi over at Roadside Scholar (who also happens to be my lovely wife) for snapping this excellent shot.]