Do you constantly leave your Wii-mote lying around? Do you find it stuck under the couch cushions between some moldy Fritos and loose pocket change? Maybe it’s time you found a place to keep your controller so it doesn’t keep getting lost. 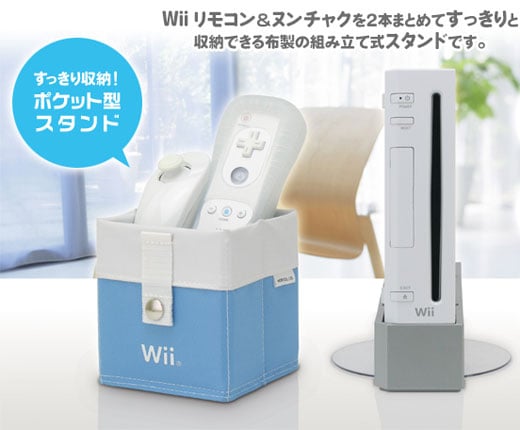 The Wii Remocon storage accessory from Hori Japan couldn’t be simpler. This soft-sided Wii-mote cozy gives you a handy place to keep your Wii controller. 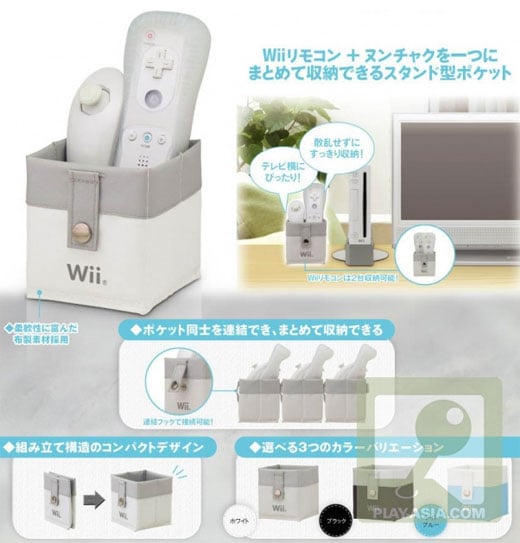 Each one is roomy enough for a Wii-mote and Nunchuk controller pair. A handy snap on the front of each one lets you conjoin multiples to store more than one controller.

They’re available in black, aqua and white nylon and emblazoned with the officially licensed Wii logo. You can find all three over at Play-Asia for $7.99 a piece.