Yobo Fc3 Plus: NES, SNES and Genesis Games in One Console

A couple of weeks ago I mentioned that console clone maker Yobo was working on a new system that could play games not only from the Nintendo NES and SNES, but also from the rival SEGA Genesis system. 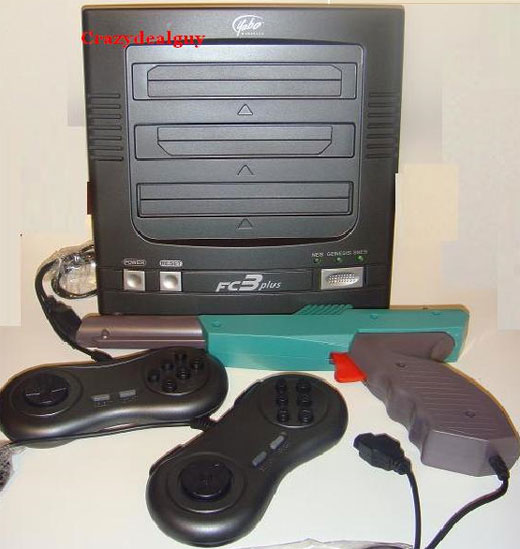 The new Yobo FC3 Plus has arrived. The system has not 1 or 2, but 3 individual cartridge slots, and lets you play classics from your favorite 8- and 16-bit video game consoles. 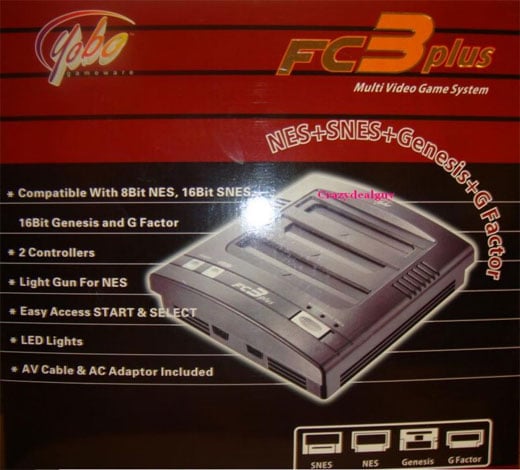 The FC3 Plus ships with a pair of controllers as well as a light gun for getting your Duck Hunt on (sorry, CRT televisions only). In addition to SNES/NES/Genesis compatibility, the console can also play games from something called the G-Factor, which frankly, I’ve never heard of. Still, with thousands of Nintendo and SEGA carts out there, you should have plenty to keep you busy for a long time.

The triple-threat consoles have started to turn up over on eBay, with prices starting at about $45 USD.