Call me a dork, but Futurama has always been one of my favorite programs on the old idiot box – at least when it comes to animated programs. Now, just in time for the holidays, I’ve found the perfect decoration for my office. 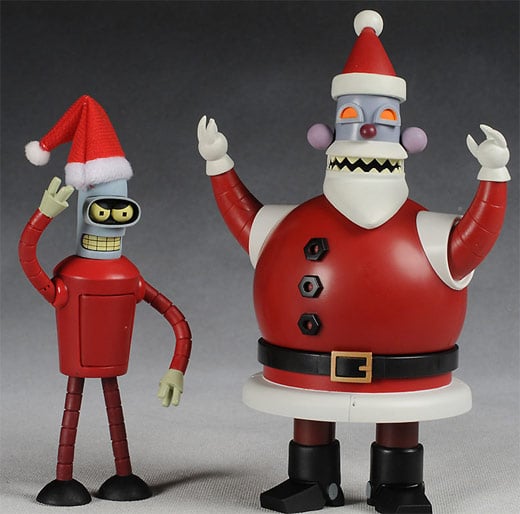 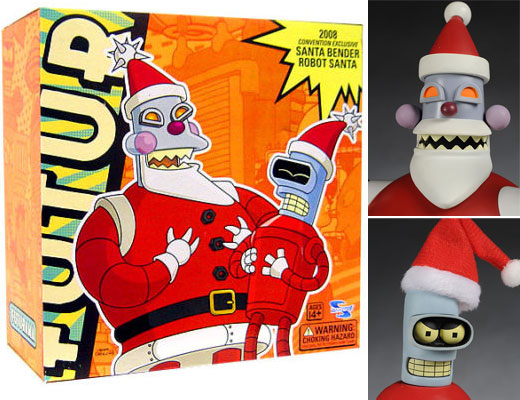 Inspired by the classic Futurama Christmas episode, A Tale of Two Santas, the set includes 6-inch tall bendy desktop versions of Santa Bender and (the bloodthirsty) Robot Santa for you to pose into a variety of compromising positions.

Robot Santa and Santa Bender were actually released by Toynami as a limited edition release of just 2000 at the 2008 San Diego Comic-Con, but you can still find them over on Amazon

My only question is, where is Robot Santa’s tommy gun?