If everyone in the world simultaneously made a list of the top ten most likely places for the works of Vincent van Gogh to turn up, odds are no one’s list would have included Valve’s Counter-Strike, and we would have all been wrong. 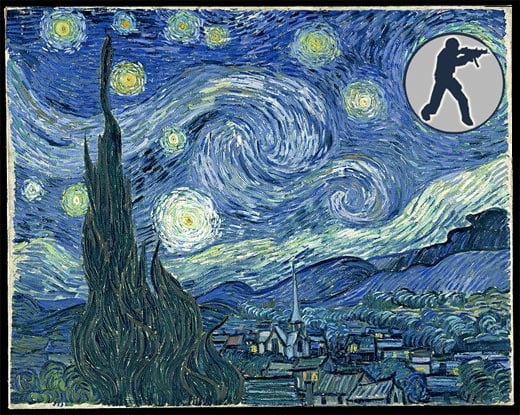 In a surreal mashup of FPS action and dreamy art, this mod thrusts would-be terrorists or counter-terrorists into the twisted mind of Vincent Van Gogh. Examples of the artist’s work can be seen on the walls, and outside, the beauty of his famous Starry Night hangs heavy in the sky.

Counter-Strike players may want to download this one for themselves, but just watching the video (for hours and hours) may be enough to satisfy you. The visuals are addictive.