Jumping and Rolling Robot Can Handle Any Terrain

Rhodri Armour, a PhD student from the University of Bath, has invented a robot that he hopes will be a model for future space exploration and land surveying robots. Called the Jollbot, it’s a spherical robot that rolls over smooth terrain and jumps “like a grasshopper” when it encounters obstacles. 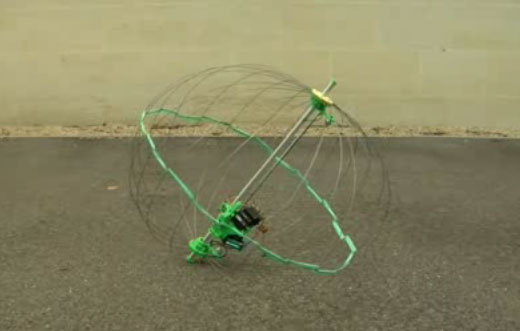 The robot imitates how a grasshopper builds up its energy before prior to jumping: “We’ve made a robot that jumps in a similar way to the grasshopper, but uses electrical motors to slowly store the energy needed to leap in its springy skeleton.

Before jumping, the robot squashes its spherical shape. When it is ready, it releases the stored energy all at once to jump to heights of up to half a metre.”

[University of Bath via robots.net]