Sony Insider claims that a new, touch screen-equipped Walkman will be unveiled at CES 2009. The player is also rumored to have a 3-in OLED display and will come in 16 GB and 32 GB versions. The big addition to the Walkman will be web browsing via WiFi. 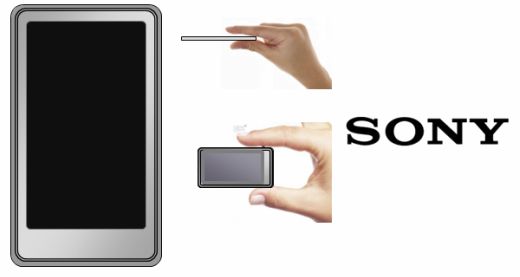 The article adds, “upon listening to an artist, you may click on the artist name and watch music videos of the artist on YouTube through Wi-Fi (WPA and WEP support included).” Other features that the new Walkman are supposed to have include a built-in link to Amazon’s online music store, a dedicated You Tube app, podcast downloads as well as online software updates.

This rumor is so hot that all we got was the mock-up… so yeah. No other pics. Just got logos and pasted em together. Anyway the new Walkman is said to also have a built-in S-Master digital amplifier and noise canceling capabilities. To differentiate themselves from the competition, Sony are calling the new Walkman “iPod Touch”. Kidding.It can play cassette tapes. No. The new Walkman also has a built-in FM radio. If any of you technabob viewing people get to go to CES ’09,do  tell us if  any of this is for real or if I just made it up.

[via Sony Insider via anythingbutipod]