Remember high school Physics? Me neither. But I bet if teachers used Boom Bots to teach us Newton’s Laws of Motion, our classes would have been much more memorable. I’d still forget the lessons though. 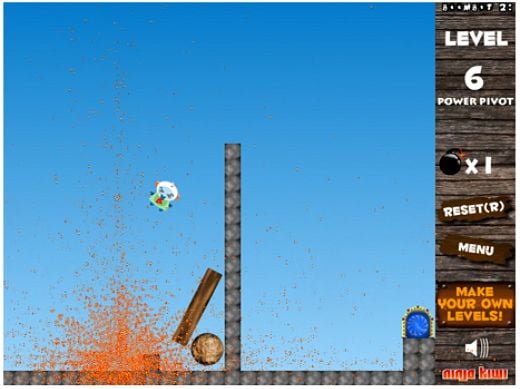 The game’s mechanics are simple: Here’s a Boom Bot. There’s an exit.  Here’s some bombs. Bomb the Boom Bot until he gets to the exit. Simple fun physics right? Isn’t that better than “A body will remain at rest or in uniform linear motion (a=0) unless acted upon by an external net force F”? And what the hell’s an F force?  G-Force (“Bird Go!”) I know, but not F-Force. 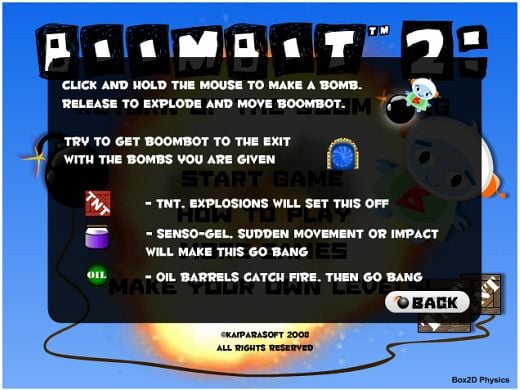 As you can see there are other exploding things in the game besides bombs. Boom bot II adds fuses, boulders and planks to the mix for more explosive physics fun. There’s also a level editor so you can still have fun even if you’ve finished the default stages. 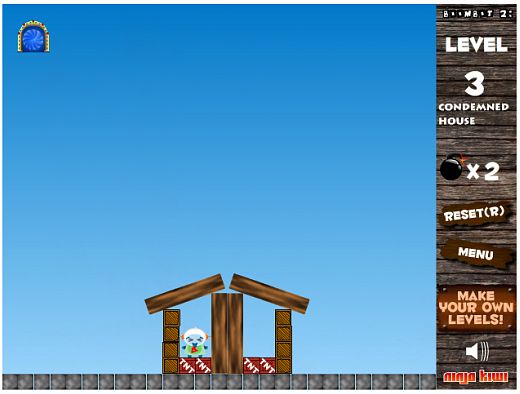 To make things easier for budding bombers, players can choose whether or not to have an  unlimited supply of regular bombs. To make it easier on your conscience, the expression on boom bot’s face when you bomb him is ambiguous. He’s smiling when he gets to the exit though, so there you go. Look for Boom Bot II in flash-based game sites like Bored.

Serious question: Have you ever seen a real bomb that looks like the cartoon bomb? You know, shiny black sphere with a fuse? Can I have one?