Getting students to stay “on task,” as they say, is a constant challenge in the modern school, but one company thinks they have part of the answer. British design company Concentrate has just debuted a new age in the ABCs of reading, writing, and ‘rithmatic… but in this case, that means “already-been-chewed.” As in, their new pencils have been. 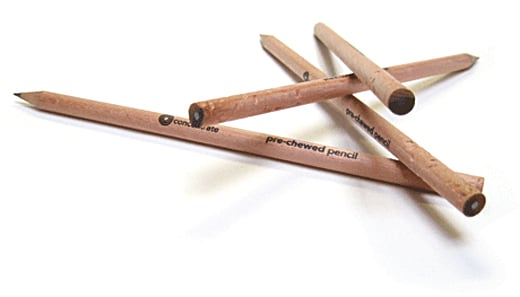 The idea is that the pre-chewed pencils will somehow discourage students from chewing on them–because someone’s already been at the wood–and that slight change will magically result in lengthening attention spans, raising grades, and, in all likelihood, curing cancer. Sign me up for a dozen. 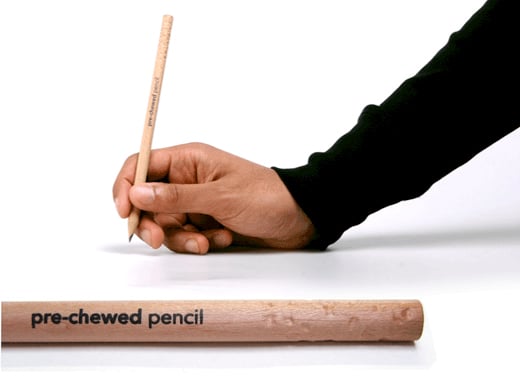 Of course, Concentrate never says whether or not the pencils really are pre-chewed, or if it’s artistry only. If they really do retain a posse of gnawers, their plan just might work.