Most of us here in the States know SEGA’s classic 16-bit console as the Genesis. But for the rest of the world, the popular video game system carried the Mega Drive moniker. Now, fans of the retro system that made Sonic the Hedgehog a household name can carry their personal belongings in this Mega Drive inspired tote. 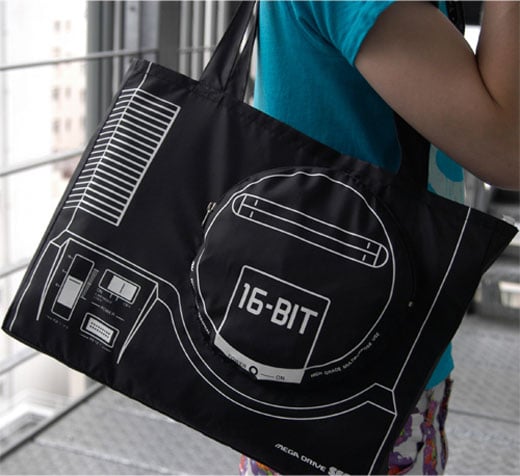 The black nylon Mega Drive tote bag was created by SEGA to commemorate the 20th anniversary of the launch of the immensely popular 16-bit console juggernaut. And while the bag may say SEGA, there’s no reason you can’t carry your Nintendo DS Lite or Sony PSP inside. Heck, it’s big enough that you could probably tote around your Xbox 360 inside one of these oversize bags. 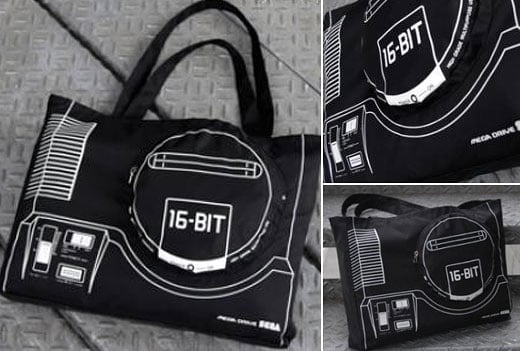 These rarities are usually only found over at SEGA’s Joypolis shops in Japan, but the guys over at HimeyaShop have managed to score a batch of these for shipment all over the globe. Priced at $55 USD, they actually cost more that it purchasing an actual Mega Drive system, but you definitely couldn’t fit your 360 inside one of those.