Buff Up at China’S World of Warcraft Restaurant

All those millions of World of Warcraft players have to eat somewhere, and an enterprising Chinese businessman hopes that at least some of them will be paying him for the privilege of refueling at his new WoW-inspired restaurant. The entrance welcomes the hungry–and the brave–into a Dark Portal much like this one: 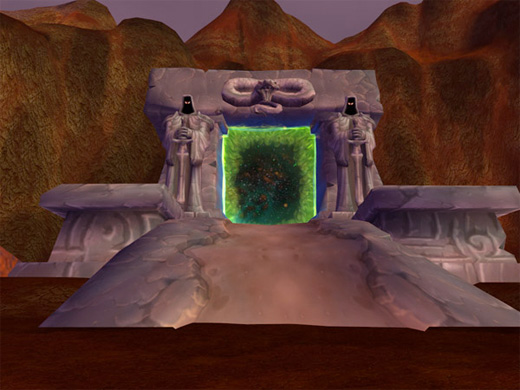 Inside, the eatery is a love song to Blizzard’s MMORPG, with recreations of armor and other loot, and giant screens blasting in-game images while diners order food named after WoW characters. It’s a haven for anyone who can’t get enough (if, that is, you can leave the house to get there), and according to the owner, that feeling of shared fandom is exactly what he was going for with the restaurant.

Considering China’s official position on intellectual property, it’s doubtful the establishment has any sort of sanction. We should probably all be grateful the restaurants won’t be spreading all over the world.