“Like all great ideas,” says Etre Touchy’s site, “Etre Touchy gloves began life as a sketch on the back of a napkin over a cup of coffee…” What’s the great idea? See, ordinary 5-fingered gloves can be had for a mere $5. So the Etre Touchy guys figured, “Hmmm… if we cut off the index and thumb fingers, we can sell the gloves for $23!” So that’s what they’re doing. 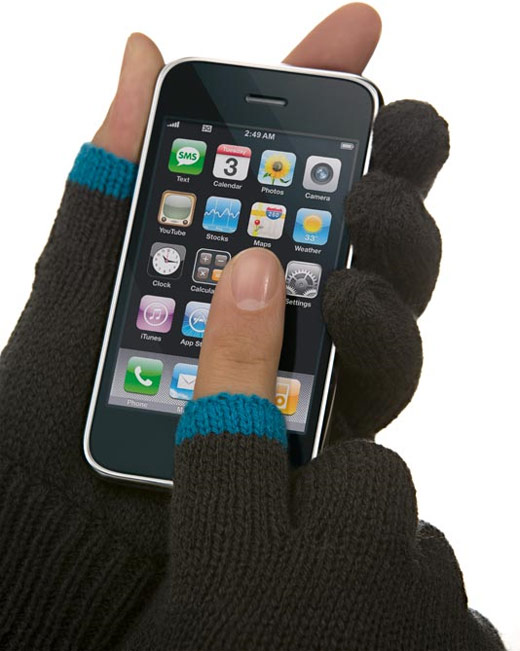 Okay so that’s not the whole story. The gloves were modified so that people with tiny gadgets can still touch, push and poke even with the gloves on. Because people don’t know how to use scissors. You should all be ashamed of yourselves for waiting for others to come up with great ideas. 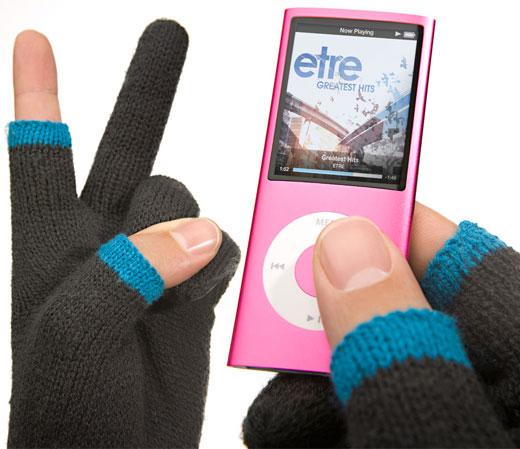 I, too, have an idea. An ordinary telephone has too many numbers, which makes telephone numbers hard to memorize. What if I scrap them all except for the number 4? Then we’ll only have to remember how many 4’s there are in someone’s number! I’ll call it The Fourn. Or Fourno. Then I’ll sell it for $800! Money money money-MONEY!