If I told you to put a pile of fiery ants on your wrist every day, you’d probably say I was crazy. But with this entomological timepiece from Japan, you can cover your arm with ’em without any risk of getting bitten. 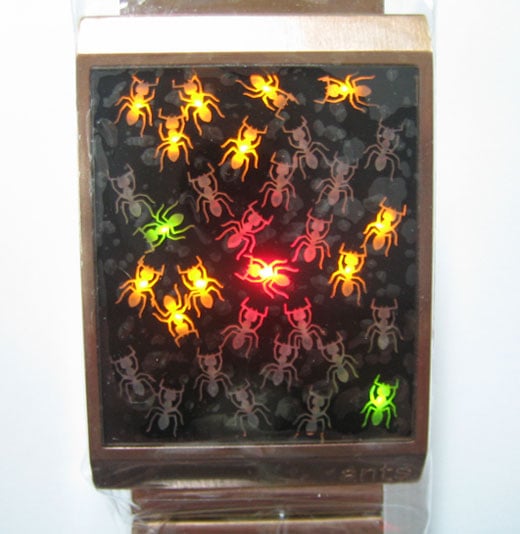 The Seahope ANTS watch tells time using a bunch of the little 6-legged buggers. At first glance, you’ll have no idea what time it is. But once you figure out that the the red ones are hours, yellow ants are five-minute intervals, and the green ones are single minutes, you’ll know that the watch in the picture above says its 1:57. At least that’s what the ants told me. 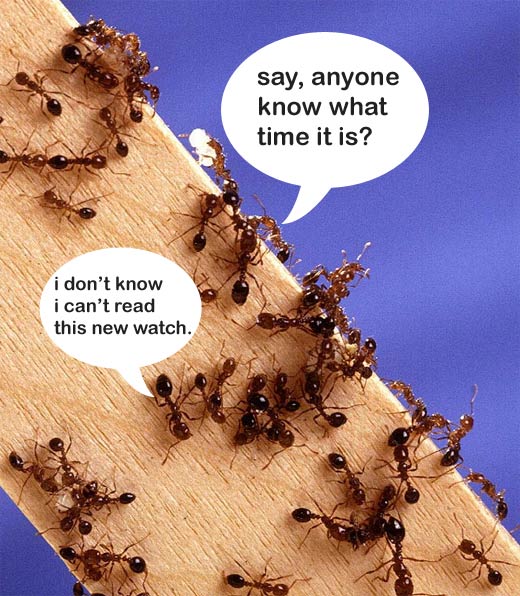 While trying to make heads or tails of the current time might be painful, at least its better than 27 ant bites on your wrist. Ready to stick you hand in the ant hill? You can find the ANTS watch over at Dynamism for $119.99 USD.

[Rather not have ants on you wrist? The TokyoFlash Infection watch looks suspiciously similar, but is completely bug-free.]