Someday we’ll have solar cells on our clothes, so we can charge our gadgets while we’re out in the sun. The cells would have to charge real quick though, because I work at home. Either that or get a job that requires me to work outside. Hmmm. Those cells had better charge quick.  For now we’ll have to be content with headphones built into winter hats. 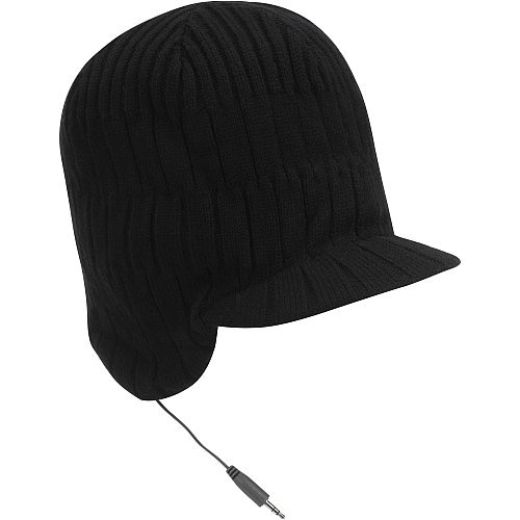 The Bula Lex Earphone Hat is made of Polartec® fleece to keep things warm, while your music keeps things cool. Bula Lex. Sounds like some kind of drug. For diarrhea.

You can get the Bula Lex Earphone Hat for $40.00 at Amazon. While you’re there, check out Bula’s other hats, the Kamikaze and the boringly-named Campus Cap.