After going against Adobe with their own lightweight PDF reader, Foxit are now taking on Amazon’s Kindle with the release of their own e-book reader called eSlick. 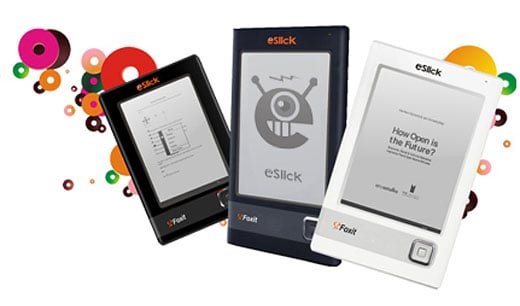 Foxit took a long hard look at the Kindle’s specs and said, “Hmm. Pork.” No. They one-upped Amazon on so many levels that it’s amazing they ended up with a device that’s $100 cheaper than the Kindle. Like the Kindle, the eSlick also connects via USB, and it also plays MP3 files. But it can also open and create PDF files via the packaged Foxit software. Whereas the Kindle has 256 Mb of internal storage, the eSlick comes with a free 2 Gb SD card to boost its 128 Mb internal memory.  And at 0.4″, it’s 50% thinner than the Kindle. 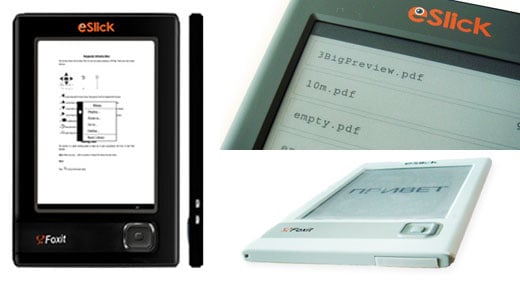 One thing the eSlick concedes to the Kindle is the latter’s wireless connectivity via Whispernet, and of course Amazon’s online library. Here’s hoping that Amazon considers support for the eSlick, because everyone will benefit from that. Also because the eSlick is a $100 cheaper. Mostly because it’s a $100 cheaper.

Soon Foxit will be taking pre-orders at their website, with a special initial offer of $230, $30 off from the ordinary price.