Xbox 360 and PS3 Get 8-Bit Doppelgängers

Why the heck would you drop $200 to $400 on a brand new console when you could get the same thing for a fraction of the price? Oh yeah, I neglected to mention that these alternate universe clones of the Xbox 360 and PS3 are crappy knock-offs from China – and that they only play 8-bit games. 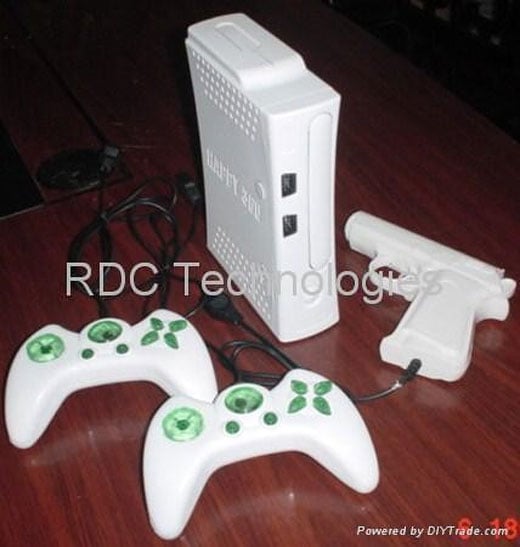 These cheap-o fakes come courtesy of the shady sounding Rodisson Technologies Company, who only ask that you place a minimum wholesale order of 10,000 pieces if you want to get your hands on one of these 8-bit versions of popular modern-day gaming systems. Note that the Xbox 360 fake dons the “Happy 360” moniker, presumably to help them avoid Microsoft’s lawyers – but I not sure that’s subtle enough. The PS3 clone goes by the name “Play Power 3,” which really isn’t much better. 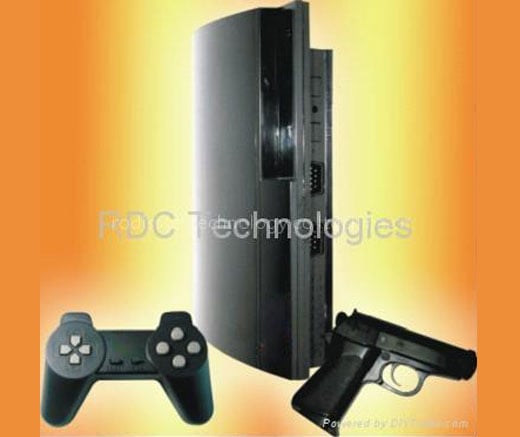 Each 8-bit fake comes complete with old-school 9-pin joysticks and a light gun, which lead me to believe that the built-in games (all 512 of ’em) are old Famicom or NES bootlegs. Caveat Emptor and all that.

Maybe you can finally play that game of Duck Hunt you’ve been dying to play on your 360 or PS3.