I had my fair share of toy weapons as a kid: laser rifles that spark and pop when you pull the trigger, swords of all shapes and sizes, a slingshot. Apparently kids these days have much higher standards. Mark – 1 Tanks recently unleashed a 1/4 scale of the Germans’ WW II beast, the King Tiger Tank. This…man-toy is 6′ long, 8′ if you count the gun, and 38″ wide. It’s powered by 2 500W 24 V motors and it weighs all of 551 lbs. (250 kg). The PS3 is still heavier but hey. We’re talking about a remote-controlled tank. I mean look at it! 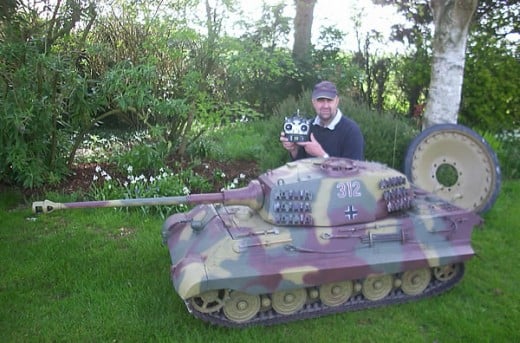 Apparently kids these days also look like grown men. But seriously: look at that thing. I almost wept when I realized that the guy was behind the tank, and not on the tank. Where else will you see an RC vehicle that can literally trample a child? 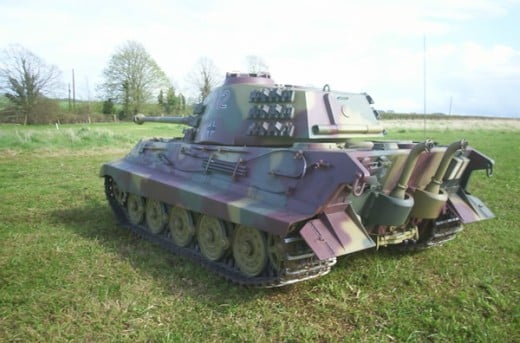 I’m pretty sure that the tank’s gun isn’t functional, but still. Still. Imagine your kid showing up at their school Christmas party on this. He’ll immediately be everyone’s best friend. Or at least every bully’s best friend. 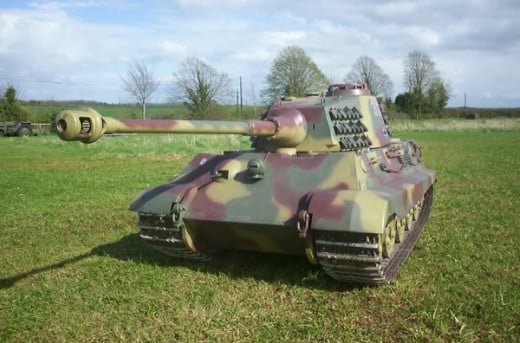 Of course something this cool and obscenely large also has a humongous price: the King Tiger is worth £6,600 ($9, 713). If that’s too much for you, Mark-1 is also selling a 1/6 scale King Tiger, base price £2900 ($4,267). If that’s still too much for you then you’re a bad parent. Because giant tanks are the key to stronger parent-child relationships.