While no one can fault the crafstmanship or creativity of this Lego Reinbot, there’s just something about him that’s a little lacking in joviality. He’s got sinister style in spades, though, and while I like him, I’m pretty sure he thinks I’ve been naughty. 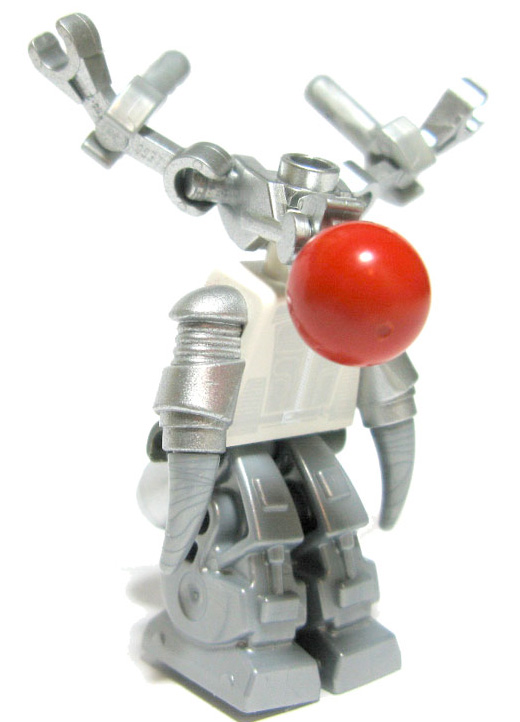 Maybe it’s the giant red nose, or the lack of soft, welcoming lines, but this particular reindeer looks like he hauls Futurama‘s terrifying Robot Santa around. That’s no fun at all. 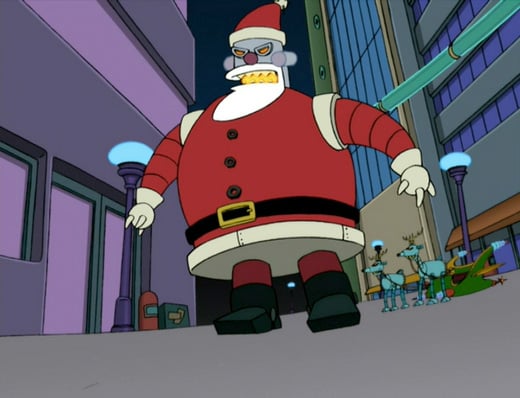 But maybe it’s just that they’re both Christmas-y robots. Regardless of my personal fear of holiday robots, Lego master Sir Nadroj–who has many other custom Lego minifigs on display at his Flickr site–put together a fantastic metallic(ish) critter for the holidays, and even though Christmas has passed, we’ve got enough leftover spirit lying around to appreciate the effort.