Build Your Own Robot Arm!

Red5’s aptly named Robot Arm helps budding Dr. Wilys work on their assembling skills. £30 (appx. $44.23 USD) gets you a kit which you have to put together to form the arm, but I don’t think it’ll require Junkyard Wars-like skills; you don’t have to solder anything to put this one together. 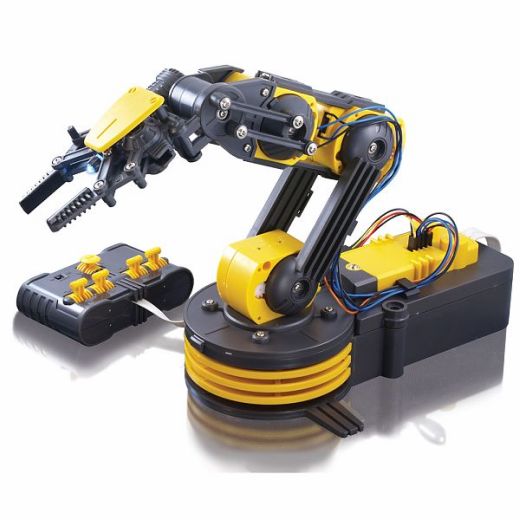 When assembled, the robot arm has  “a maximum lift weight of 100g, opening gripper capable of grasping anything up to 1.7” in width, a 120 degree wrist pivot, a 300 degree elbow motion, a 180 degree base motion and a LED search light for night time operations”. Red5 also says that the five motors of the robot arm allows for “amazing, precession movements”. Looks like Red5 needs a Syntax Robot.

What I want is a robot arm that could assemble the robot arm for me.