I can see how this could be fun, but if you show this to a Star Wars geek he’ll probably shake his head, gather his robes and walk away. Some guy who looks like a mugger took 2 glow sticks, put them together with a link chain and voila! Lightsaber nunchucks. Or maybe he just stole it from a Jedi. I’m kidding. Good job Muggerman. 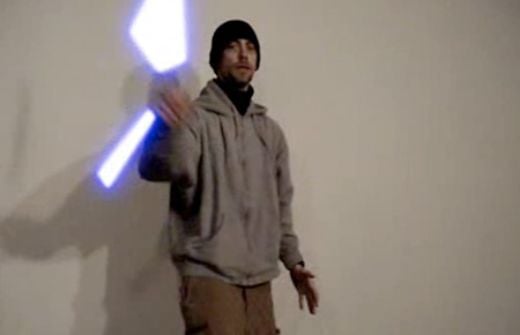 Unless you were wearing gloves with a cortosis weave. But then that would short out the lightsaber. I will stop now.