Bang Bang, My Zapper Shot You Down [Wii]

Some people want games to be as sweet as sugar, with showers of fresh blossoms and lollipops instead of blood, and frolicking in place of combat. Those aren’t the people who made this custom Wii Zapper. No, these are the people who crave more realism in gaming… or at least comfortable shooting controls. 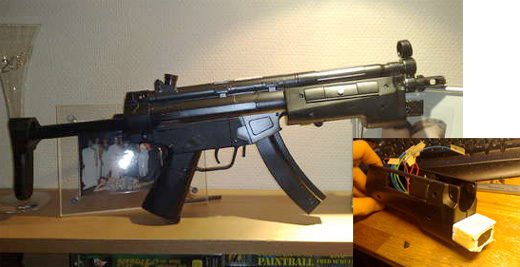 Creator THeOReos was having a lot of fun with shooting games with the Nintendo’s Wii’s motion-based gaming, but none of the commercial guns seemed to really nail the shooting experience (or the position of the A button). With no other option on the horizon, he took the plunge and built his own gun.

The WeeP 5 Advanced Zapper is the bastard child of a toy MP5 and a Wii remote, and THeOReos isn’t greedy with the design: he put a full how-to up at Instructables, so you too can build your own real fake gun. 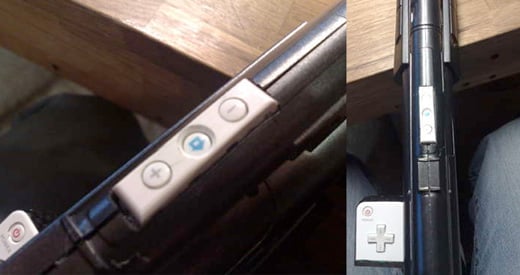 I just wonder if he’s planning to find a place for Wii MotionPlus when the increased-accuracy add-on is released next spring.