For those of you who have put in your fill of time playing Bioshock, you know that Big Daddy can be one mean dive suit wearin’ mutha-flippa’. But now that he’s been transformed into a tasty lunchtime treat, he doesn’t look so imposing anymore. 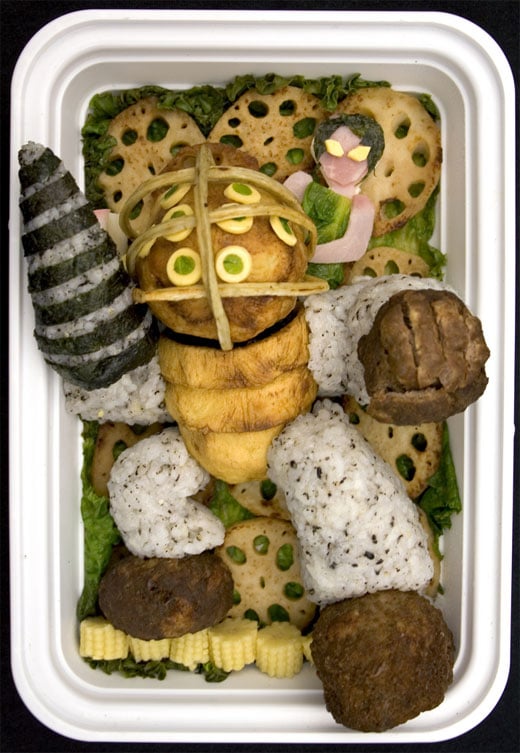 This delicious Bento box was created by flickr contributor AnnaTheRed, and features completely edible versions of  Big Daddy and his faithful (and creepy) companion, Little Sister. 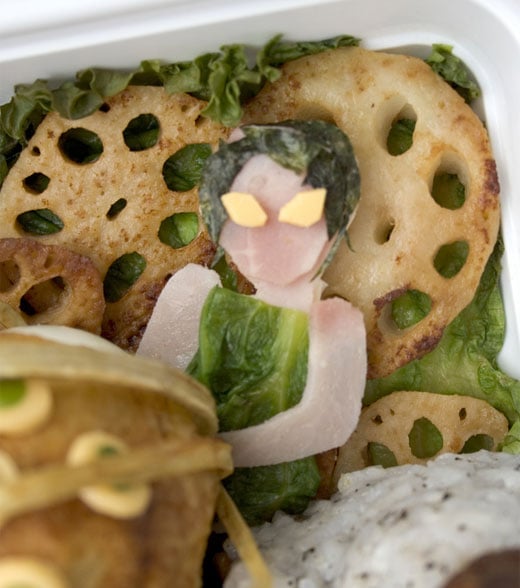 If you happen to read Japanese, Anna has provided a detailed diagram which gives you a virtual “paint-by-numbers” to create your own. Best I can tell, Big Daddy is comprised primarily of seaweed, sticky rice, bread, sesame seeds, and eggs. Lil Sis appears to be more of a ham (and cheese). 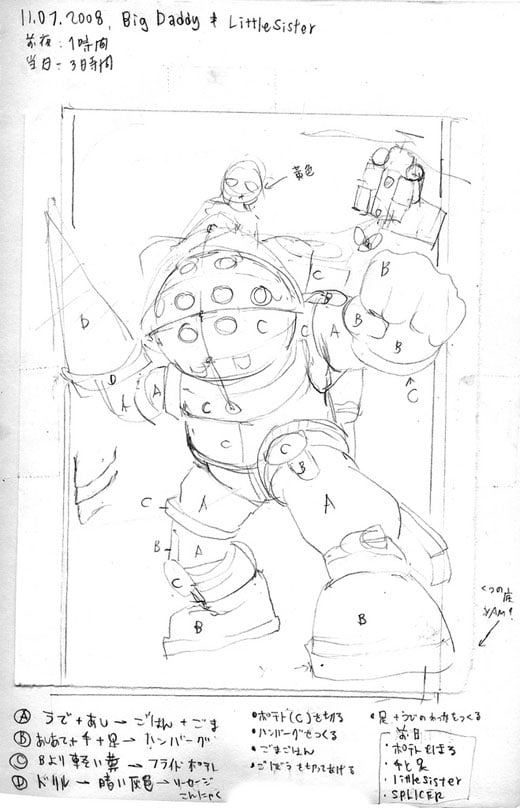 Unfortunately, there’s no ADAM or EVE in the recipe, so you won’t get any special genetic powers (other than the special “food coma” plasmid) from chowing down on this happy meal.

Bioshock isn’t Anna’s only video game inspired Bento lunch creation. You can check out her whimsical edible tributes to Super Smash Brothers Brawl, Portal, Katamari Damacy and Shadow of the Colossus, among others on Anna’s Flickr photostream.