The ol’ “hero/heroine is about to die, so must seize life” theme is an oft-used one in all forms of literature, and Electronic Arts’ Hachi Koi is adding its own spin to the old saw, except in this Nintendo DS game, instead of seizing life, you’re tasked with seizing girl flesh. Literally. 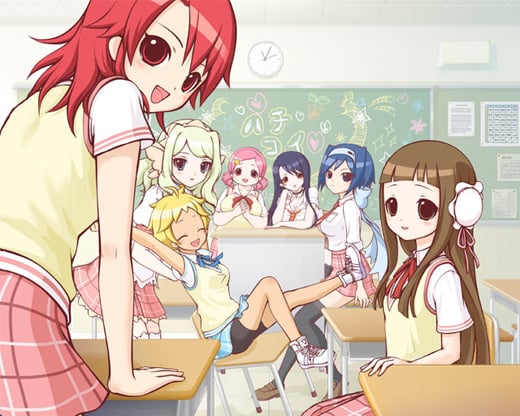 In Hachi Koi, the young male protagonist learns that he’s going to die in one month–unless he can fall in love and convince one of the title’s hapless, caressable ladies to return his feelings. That other infamous DS girl-touching game (Doki Doki Majo Shinpan, and its sequel) was all about witches and angels, and after that, life and death seems slightly more sane.

So how must you go about molesting romancing these girls? By touching them, of course; you can rub suntan lotion on the girls, or touch them in other ways, as directed, with the stylus and the handheld’s touchscreen.

One thing I can actually praise in this title is the variety of girls. While they all look creepily young (except for their head-sized boobs), there’s at least variety. You’ve got the tomboy, the skinny waif, and even an overweight girl. Uh… girl power? Yay? 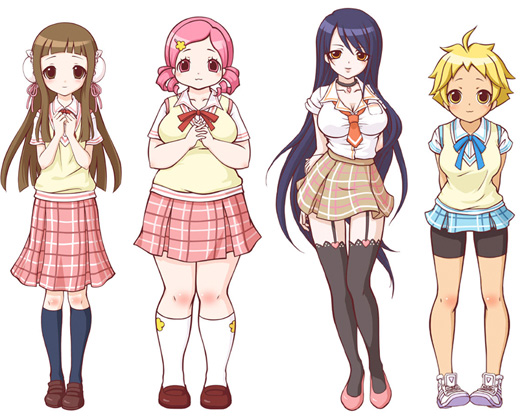 Doki Doki Majo Shinpan’s hilarity earned that title a cult following, and it’s likely we’ll see the same for Hachi Koi. Here’s a quick video clip that, while pretty safe for work, manages to still be just a little creepy, probably thanks to the music Eric Caoili added for the YouTube video.

Unsurprisingly, Hachi Koi is currently slated for release in Japan only, but interested importers can look for it next spring.