This robot kit from Japan lets you build your own ball shaped robot that can pull off all sorts of wild and crazy moves as it gyrates around your floor. 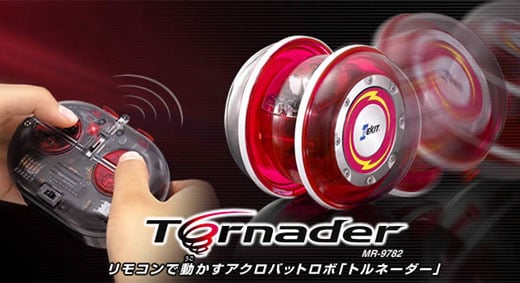 While the Tornader robot from Elekit can drive slowly around the floor like most remote-controlled vehicles, the real fun starts when you set the Tornader into one of its insane spin modes.

Once the ‘bot builds up sufficient speed, it’ll fly around in a wild orbit that’s reminiscent of an out-of-control breakdancer who drank a few too many Red Bulls before hitting the dance mat. Check out this video clip of the Tornader in action and you’ll see what I’m talking about:

The 5-inch diameter robot kit takes about an hour to put together, but from the looks of the video, is well worth the effort. Each Tornader ships with a multi-channel infrared remote, which lets you operate up to four of them in the same room at the same time for complete robotic chaos. And each robot has a customizeable space on the side where you can place one of a variety of colorful printed patterns that’ll have your head spinning when the Tornader hits maximum speed. 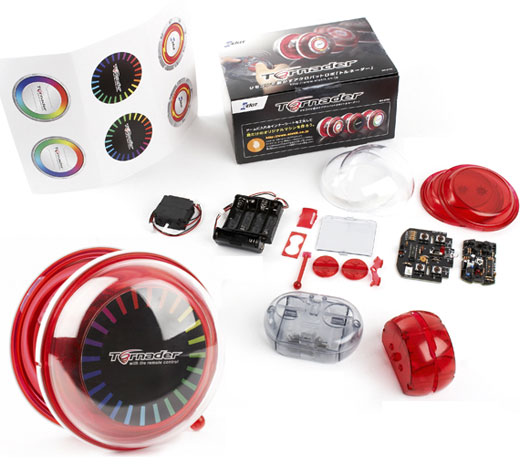 While the Tornader is officially only available in Japan, the guys at Japan Trend Shop have started to sell them worldwide for $121 (USD). Of course, if you happen to live in Japan, you can get yourself a much better deal, since the Tornader retails there for just ¥3990 (appx. $44 USD).