This cool Darth Vader shirt from Junk Food Clothing features the Sith Lord’s helmet , which is drawn using tiny depictions of animals and landscapes, plus a caption written in Star Wars font that says, “JOIN THE GREEN SIDE!”. I made it sound like the drawing sucks but it doesn’t. It’s cool. It’s awesome. It’s way better than having Vader’s face on your shirt. 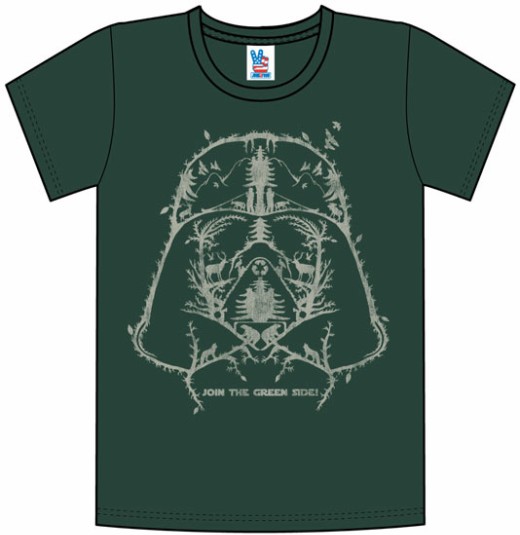 I think that one of the reasons why this shirt is so cool is because it’s actually from the future: it’s set to be released in March 2009, but you can already pre-order the shirt for $25 over at Star Wars Shop.