Batteries schmatteries. Electricity shmelectricity. Who needs modern energy sources when you can have scalding hot steam to power your gadgets? This unique robot from Germany gets its juice from good old H2O. 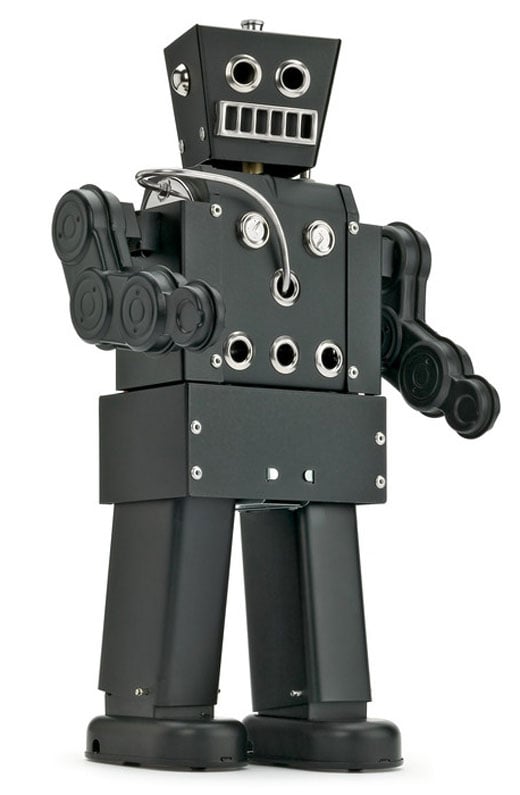 Strenco’s ST-2 Steambot lumbers along thanks to a tiny copper Wilesco steam engine that’s been implanted in his chest cavity. 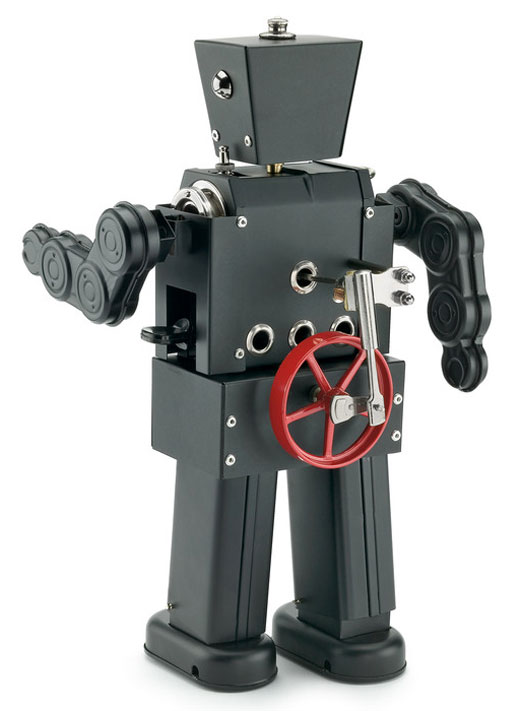 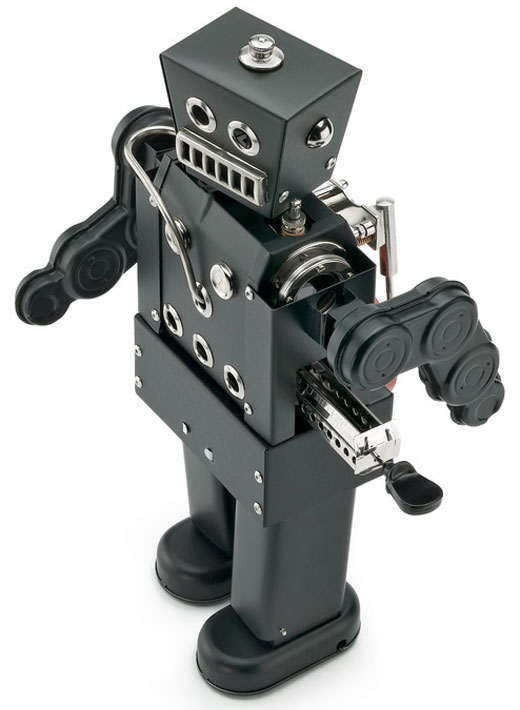 Now don’t expect to just flip a switch to get this retro robot going. You’ll need pop his head off, fill him up with water, and light a tiny (stinky) Esbit fire in his belly before his mechanical innards get started.

And despite the wild gyrations of his internal steam engine, the robot moves at a snail’s pace once up to full speed.

Only 300 of these $600 (USD) limited-edition Steambots were created, so good luck finding one. A couple of places to start on your robot quest include MiniSteam, ManuFactum and General Robots.