Put Some Metal on Your Guitar Hero Les Paul

If the basic Guitar Hero Les Paul controllers are just too bland for your tastes, but you don’t want to shell out the change for a whole new controller when you have one that works just fine, you might try a faceplate. And if you want a faceplate that’s really metal…lic, you might try one of these shiny flaked jobs. 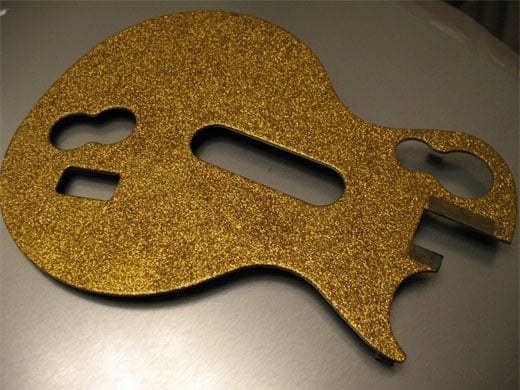 The faceplates, which are available from CodingHorror’s Etsy shopfront, work with either PS3 or Xbox 360 wireless Les Paul controllers, but not with the Wii set, alas. Only the “real manly awesome consoles,” as he puts it. For shame.

But all system snobbery aside, if you need to rock out with extra shine, these faceplates might be just what you need to stand out at the next fake band get-together.