“Imagine that the audience are in their underwear.” That’s the advice some people give if you’re going to perform or speak in front of many people. Apparently the same holds true if you want to get out of a zombie-infested city. Except that the audience are zombies, and that they want to eat you. Modder/undead butt cheek enthusiast darkinsider1972 has created a texture pack for the PC version of Valve’s hit fps Left4Dead that puts the undead enemies in thong underwear. Double Nasty. 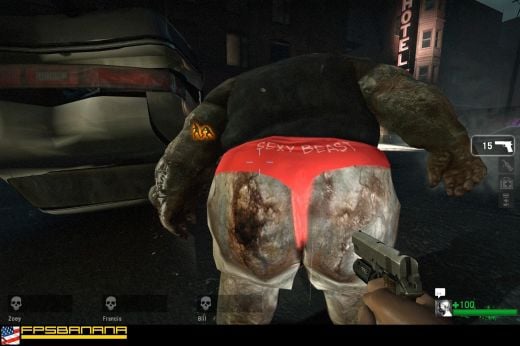 The pack is called Boomer Thong. Install it and Boom! Thongs on zombies. I can’t decide if the mod makes the game less stressful or more horrifying. 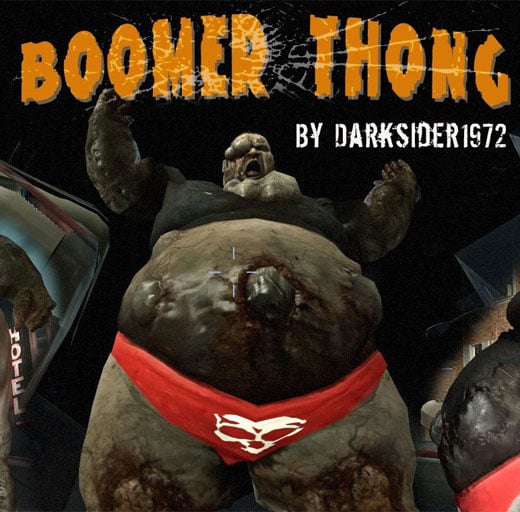 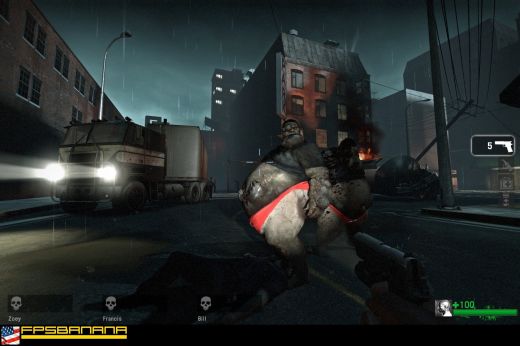 More horrifying. I’m sure now. So if you own the game and you’re not pissing your pants at the sight of the enemies, you can download the pack at FPSBanana. Remember: headshot, not buttshot.